Perhaps it wasn’t until I stared into the brown and black faces that looked into mine and attempted to teach them feminism, that I truly realized the error in its ways. Feminism emerges as a combative force against sexism, a weapon for women against a male dominated society. My issue with feminism lies in its fallacy of being all-encompassing. Feminism fallaciously operates on the belief that its goal is equality of all women. This presumption is entirely false, as feminism operates under the traditional definition of womanhood that was exclusive to white women.

With her foot in both gender and race, the run of the black woman faces an impossibility of definition by either faction. While race asserts the most dominant of affiliations, blackness has been constructed in a way that is largely masculine. Thus, the qualities that define femininity exclude black woman, as her ability to be “feminine” has been restricted due to the demands of her blackness. Like Barbie and baby dolls that had to be altered and made available in darker hues- feminism is representative of yet another aspect of society that has yet to be tailored to include those outside whiteness. 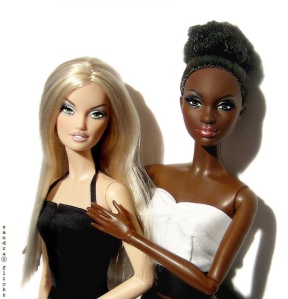 Feminism seemingly arose a means to assert feminine capability over male chauvinism. Traditional definitions of what it means to be a woman, confine women to their virtue, piety and submissiveness. As the binary opposite of masculinity, women were confined to vanity, and immune from the burdens of strength. Black women were traditionally excluded from access to vanity, as their worth was solely based on their ability to produce, not to be pretty.

Feminism operates under the premise that white female bodies are the only bodies worthy of integrity. Until white women are alleviated as the sole victims of sexual assault, mental illness and bodily integrity: feminism will continue to exclude the raced woman.

Where were feminists when the billboard that read “ The most dangerous place for an African American is in the womb” was plastered on the side of a Soho billboard? Those eleven words exhibited the slain unterus of African American women all over New York city, only to be silently snubbed by feminists who most likely labeled said occurrence as a “race” issue. 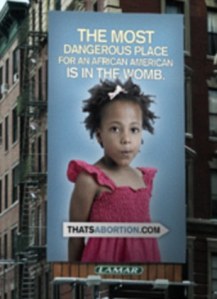 A similar dynamic is seen in the recent nude photograph scandal, in which intimate photos of female celebrities where stolen and placed into cyberspace. Academy Award winner Jennifer Lawrence and Kate Upton received nationwide coverage, painting each women as victims of privacy evasion. While I certainly agree that what happened to Lawrence and Upton does categorize them as victims and is an invasion of privacy, I find it more unsettling that singer turned actress Jill Scott was left out of the equation. As a full figured black women, Jill Scott’s exclusion speaks volumes. Her exclusion implies that her bodily integrity is less significant than Lawrence and Upton. 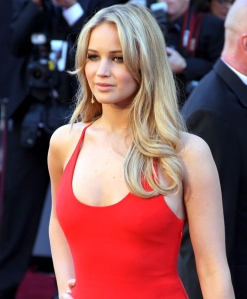 The exclusion of Miss Scott from the assertion of bodily, correlates to a difference in how black and white bodies are defined. Both traditional and contemporary white bodies are regarded with a sense of superiority, as they are generally presumed to be chaste and therefore more beautiful. White women are generally believed to be the victims of sexual assault or sexual coercion, as a means to maintain the depiction of white bodies as unsullied. White women as sexual victims began as a means to dismiss interracial attraction, as white female attraction to black men threatened the conjugal sanity of white males. The contemporary white women as a sexual victim, is often used to veil white female promiscuity, and eliminate the possibility of sexual assertion by the white female.

Unlike white women, black women were and are conceptualized to be sexual aggressors. Despite being the victims of sexual violence at the hands of white males, black women were believed to induce such acts through their hypersexuality. The conceptualizing of the black woman as hypersexual is an unwavering depiction foundational in establishing the black woman as the antithesis and binary opposite of white women. The reality of black women as the binary opposite of white women, making it impossible for the interests of both groups to be defined by the same label or faction.

Due to the unique duality of race and gender, black women are innately womanists. Womanism* is perhaps the sole concept that captures the inability of the black woman to be completely defined by her gender or race. Womanism encompasses the dynamics of race and gender, and speaks were feminism is silent. Womanism is highly underdiscussed, as feminism is falsely placed in the hands of black women as a tool in battling white male supremacy, much like the white barbie doll was placed in the hands of young black children as an inadvertent initiation into their adolescence. Just as black girls do not have to play with white dolls, the encouragement of black female inclusion isn’t fostered through complacency, it is fostered through the courage in defining the uniqueness of our existence. Thus, black women do not have to entertain ideologies that exclude them. Be black, be female, be heard- be a womanist.

*Scholar and writer Alice Walker is credited as the creator of the term “womanism” as a means to encompass the dynamic of the raced woman.