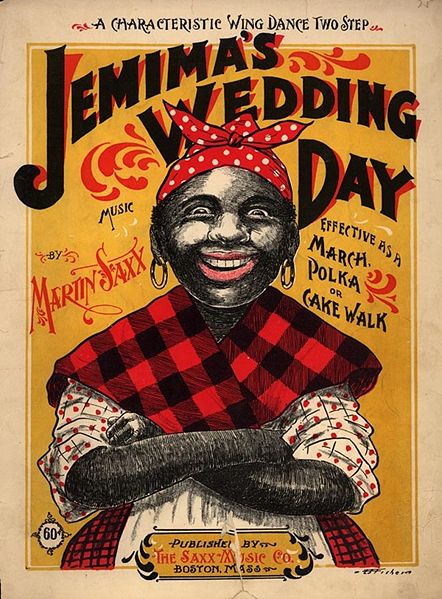 I have a funny relationship with comedy. On one hand I love to laugh. On the other hand, I am cautious at giggling at the expense of cultural integrity.

While it is often stated that laughter is the best medicine, laughter also often a remedy to enlightenment. Laughter guides even the most culturally conscious into the allure of collective amnesia.

The concept of collective amnesia encompasses distractions in the from of entertainment, or other casual entities designed to veil reality. Comedy at the expense of culture, is a performance in collective amnesia. Laughter issues a shield of oblivion to the marginalized, making them pawns in their own oppression.

Gone are the days of physical chains and visible nooses. Present are the same problems reconfigured as solutions or comic relief, providing relief solely to the those who benefit from such continued disenfranchisement. The relief granted through fallacious comedy and solutions allow an oppressive society a stagnant hierarchy. Fallacious comedy also permits diverse manifestations of black inferiority.

Alain Locke explored the concept of The New Negro, as a reinvention of a previously derogatory term. Locke’s words breathed promise of a fresh start for those of African descent. Locke’s presence in a still predominately white academia personified the change proclaimed in his writings.

Contemporary society speaks of the new negro or a nuanced Negro who’s talent or skill negates any negative connotation of their blackness. While their are countless reasons why this nuanced negro is a figment of a jaded imagination, perhaps the overnight fame of what I’d like to call the network negro best illustrates my stance.

Firstly, I feel compelled to explain why I choose to use the word negro. The word negro is a predecessor to terms African- American and black. Negro, was an all encompassing term that referenced the many ethnicities of the black diaspora. The term negro is a term of the past, which seems to tie into role of the past or traditional images to cultivate the contemporary.

Contemporary culture prides itself on the steps taken to advance past conflicts. Change has come, but has mostly made many past conflicts less overt to the casual onlooker. Thus, the more things appear to change, the more they actually stay the same. Perhaps, one of society’s most prominent consistencies is comedy. Despite the shift in time, many of the same things are considered funny.

In the fallacy of a post racial society a new set of controlling images have emerged. Controlling images (or caricatures), capture presumed generalizations of a group. Traditional controlling images of the black female are: the mammy, the Jezebel, the tragic mulatto, and the sapphire.
The mammy, dark, overweight and often clad in a head scarf- the mammy is completely desexualized. Mammy is a servant, who is complacent and devoted to her master. Mammy is depicted by Hattie MacDaniel’s in Gone with the Wind.

The Jezebel is a hyper serialized black woman. Her sexuality is her Achilles heel and is the reason for her often untimely death, or misfortune. The jezabel is embodied by Dorothy Dandridge in Carmen.

The mullatto is typically a woman of mixed heritage, and struggles with identity in the way that her black counterparts do, but in a much more complicated dynamic because of her mixed ancestry. While often seen as trapped in between two worlds, the mullatto is still subjected to slavery and is believed to embody a space below whiteness but slightly above other blacks of a deeper hue.

s a fairly new image. This controlling image is typically a brown black woman who is loud and menacing. Her complaints are frequent, aggressive and consistent. Seen In the mother of “everybody hates Chris.”

The Network of Negro

While these images have not dissolved in contemporary society, the internet and technology age has produced a new controlling image. This new image is of an often middle age black woman, who is typically very sunkissed and not very well kept. This woman typically speaks in vernacular and is often vulgar. This controlling image emerges from the traditional showcase of said persons for their opinion on current event. Any tragedy that occurs to black people, is met with a query to the public. Networks are often highly selective in who they choose to ask their opinion of, skipping over the college graduate or the high school scholar and consults a shoeless woman who hasn’t had time to remove the scarf from her head or lotion up. Please don’t mistake my criticism to reflect those of the black diaspora who maybe haven’t have the privelage of a formal education, or who have been featured despite their opportunity to dress or present themselves in a respectable manner. My criticism is solely on the decision to feature said people on countless networks, or the pattern of such individuals in generating a viral response. The ability of said members of the black diaspora to obtain so many hits on YouTube is because there is a comfort in blacks who seemingly have no shame, no class, no education therefore substantiating the inability to take blacks seriously. These images restrict blacks to comedy and entertainment,alleviating their association with content of substance. With every laugh and like, blacks are further subjugated into a categorization lacking sophistication and couth.

This new contemporary image is perhaps best encompassed through the phrase Network Negro, as it captures and feminizes the contemporary depiction of the previously masculinized term “coon.” Examples of the network negro are seen in a variety of forms, but most notably in Youtube phenomenons Sweet Brown and most recently Aunt Fee.

Both gesture Middle Aged black women who are seemingly shameless or indifferent to the, are rendered comical as their viral images are hurled throughout cyberspace. The vernacular and vulgar language and appearance of these women make black women revert blackness and black femininity to what they were decades before, unsophisticated, desexualized blissful ignorant to their own negative portrayal. This bliss is not only applicable to the features of these films but to those who indulge in such films without proper consideration. Each laugh makes it okay for non blacks to laugh and riducule us by parodies, and subject our mothers, sisters and grandmothers to this unappealing label.

Kimberly Wilkins or Sweet Brown was conviently interviewed following a fire in her community. While interviewed,  Brown’s hair was wrapped

in a scarf, tied similarly to Aunt Jemima, and she was dressed more for a day indoors than for her fifteen minutes of fame. Brown’s interview originated the colloqiual phrasing “ ain’t nobody got time for that,” all the while issuing black women two steps backward.

Aunt Fe is a recent phenomenon that also went viral on youtube. Fe, as a cooking enthusiast, features tutorial videos on how to make simple dishes. She creates the dishes in her own kitchen, and all videos are shot by her son. While Fe’s seemingly unsanitary and often unappetizing dishes are certainly hard to overlook, many are

entertained by her reprimanding of her son. Fe’s exchange with her son are largely laced with profanity and often stem from his teasing comments and distracted camera focus. Fe’s relationship with her son and passion for cooking are flawed yet apparent, nevertheless reinforcing societal comfort with black women portrayed as menancing and profane.

Commonly, both images depict their black female subject in a manner similar to the traditional coon. The coon was noted for his simplicity and inferior performance of common tasks-attributed to his innate inferiority. Sweet Brown and Auntie Fe personify said traits, resurrecting the past controlling image with the popularity and pattern that has resulted.

The rise of this controlling image seems to suggest that despite having an educated, beautiful and sophisticated black First lady, it’s nice to be reminded of what the majority of black women are presumed to be like. If Sweet Brown or Aunt Fe were white women they wouldn’t generate nearly as much attention, and

certainly wouldn’t produce a resounding comical affect. I am a firm believer that the most comedic skits are funny because they are believed to be somewhat true. The reason why a white woman exhibiting the same form of behavior wouldn’t generate the same attention is because it would not be deemed as believable. Thus, she would be seen as appropiating rather than accurate.

The ability of a seemingly unkept and uneducated black women to generate such an audience in today’s society, depicts contemporary society as anything but post racial. In fact, such popularity solidifies an unwavering fascination with stereotypical black images.

The persistence of the Network Negro and her ability to stand the test of time, suggests that “change” is a labyrinth in which an opening appears to be an exit, but actually leads to more of the same. Thus, laughter not only festers a wound of oppression but delves the marginalized deeper into the labyrinth of racism. This labyrinth echoes with sounds of the jester laughing at herself, perceiving her own bleeding wound as comical rather than fatal.