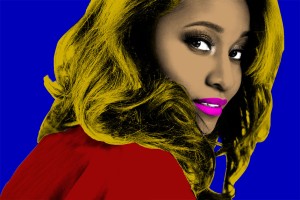 To kick things off I interviewed Degrassi Alum and creator/writer of web series Black Actress, Andrea Lewis. In our convo she discusses inspiration, naming leading lady ‘Kori Bailey,’ and creating her own lane through her production company Jungle Wild Productions! 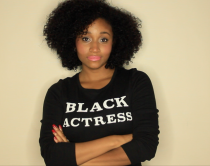 • How did you come up with the idea?

A: I came up with the idea for Black Actress after an experience I had while filming a movie in Vancouver and my cast mate introduced me as “Andrea the urban one”. It was a very strange and awkward moment that let me realize he saw me the same way the script saw me and it was just as “the black girl”. From there I knew I had to create something that told the story of a woman of color pursuing the ups and downs of acting and chasing her dreams. Something that showed us just like everyone else.

2. As a brown girl myself, I am very inspired by the beautiful brown leading ladies of

Black Actress ( Allison Edwards-Crewe, Suzannah Gugsa). It seems as if traditional and

ambiguous or those who are very sun kissed. Was it your intention to feature the often

overlooked dynamic of “brown-ness” within blackness?

A: Yes it was my intention to show the diversity of brown skin. I wanted to make sure that when I watched this show I was able to see every type of black girl with different complexions, heights, body types and hair types, because it all matters and we’re all so unique.

3. In a way, your web series epitomizes many of the attributes of black series that we have come to love, one being featuring your own music on the series. How important was it for your viewers to see you as a writer ,/creator actress and singer?

A: It was very important for me, that I expressed all of my talents in this show. That’s why I created it, because I have so many ideas and goals for myself and I wasn’t going to be boxed into just one thing. I can sing, act, write, produce and create so that’s what I’m going to do!

• “I can’t leave you alone” cooes in the background of Episode 2 of “Black Actress.” It

has also become one of the most requested songs by viewers! What do you think it is

is so captivating for listeners?

A: I think it’s simply a good song lol. I didn’t make it for Black Actress, I made it for my album but it just happened to fit in the scene perfectly and I was really glad that viewers responded to it so well.

4. One of the features that attracts me to “Black Actress” is that its protagonist doesn’t fit

into any of the traditional stereotypes of black women. How important was it for you to

demonstrate the diversity in black femininity through Kori?

A: This was very important to me. Being a black girl is important but it’s not all that she is and that’s why it was so important for me to focus on Black women and show how diverse and universal we are. We have dreams, insecurities, best friends, boyfriends, passions etc just like everyone else. So when you see me, definitely celebrate my blackness because it’s beautiful but don’t make it my limit.

• Also, Kori Bailey and I have something in common (laughs). We have the same last

name! How did you come up with ‘Kori Bailey?’

A: The name came to me in a dream lol.

5. In the abundance of black female leading ladies, there remains an absence in the

twenty something void. What do you think is unique about the journey of a black twenty-something?

A: I wish there was a black twenty something story on TV, hopefully Black Actress will fill that void. I think as a young woman in my twenties, I’m always looking for a character that is living a similar experience to me and my friends. Someone who represents the black millennial woman and the trials and tribulations that we deal with today. The projects that I’m creating focus on that voice.

6. Confidence is an asset to any and everyone, but why is self love and fearlessness especially valuable to the black woman/actress?

A: The entertainment industry is hard, there’s a lot of rejection and negativity so the only way you’ll make it through is by having a strong foundation and that all starts with self love. Self love will help you with anything because you’ll become fearless and confident in everything you do. I try my best to speak about Self Love as much as possible
because I believe in it and I know first hand how having a strong sense of who you are and love for who you are can help you greatly in this industry.

7. Perhaps one of your most resounding episodes was Episode 2, Season 2 which

discusses the pressure of black actresses to “look the part.” To do so, one of Kori’s

colleagues dons a silky wig. I noticed that the actresses all don their natural hair in a

variety of styles. It is a very powerful choice for the lead black actress to don her natural

hair. Was this a conscious choice? What do you hope the impact of such a portrayal will

A: As an actress I wear my hair natural because, it’s who I am and I struggled in my early twenties with 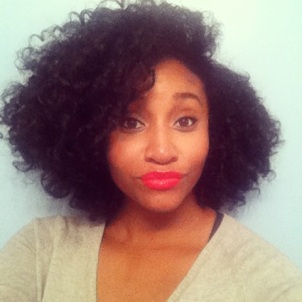 finding “the right look” for auditions. I was constantly in a battle with my hair, until I booked a job that liked me the way I came in. The producers chose to do a screen test where they looked at my hair straight and curly, up and down and chose what they felt suited the character best. After that experience, I finally felt okay with wearing my hair they way I feel comfortable because at the end of the day, my hair is versatile and I can do it anyway for the character. But like Aisha Hinds says in Episode 2, “it’s all about the work”, my hair is just hair and I’m gonna wear it the way I think it’s suits me best, which is natural. I thought it was important to talk about hair as a black actres because it’s a conversation that comes up a lot but at the end of the day you have to do what makes you comfortable and confident. You only get one shot in the audition room and worrying about having “the right hair” is the last thing to focus on. Wear a wig if you feel good, or go natural or make it straight, whatever will make you confident in you. Just as long as you’re not doing it to fit into a box of an unrealistic beauty standard.

8. It is also imperative to note that in addition to creating the series, you also write the

episodes. Many of my readers are also fellow writers. What is your writing process like? 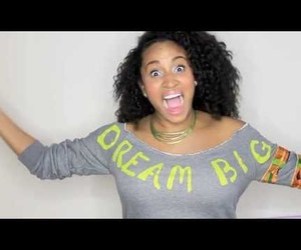 A: There’s a popular saying, “write what you know” and I truly believe in this advice. Be inspired by your own life and the people around you and then go and tell the story that inspires you the most. As a person of color I am inspired by my friends and family and they happen to look like me so as a writer I have an obligation to write about women and people of color because our stories are not told enough and creating these stories fulfills me. My process for writing is constant, I have a million voice notes on my phone of ideas and I’m constantly people watching and listening to conversations for inspiration for dialogue. Observing real life, and also living my life helps me to write and makes my process much more enjoyable. 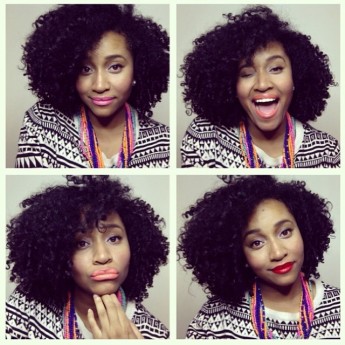 9. In demonstrating the trials and triumphs of the black actress were you concerned

about how your message would be received?

A: No not all. I was very confident in the story and the relevance of black actresses and women so I knew that people would be intrigued. As well I’ve been pursuing entertainment my whole life and I know that the story I am telling is valid and accurate.

New York Native Tristan Wilde. Who is someone that you would like to feature on the

A: There’s endless cameos I’d like to see happen on the show, to name a few: Zendaya Coleman, Keke Palmer, Michael B Jordan, J Cole, Lena Dunham and there’s a lot more people I can think of that would make a very fun addition to the cast.

From his swag to his chiseled features, he emerges as a rolling stone turned Mr. Right.

Despite his pretty packaging, fans learn quickly that Romeo is more than a pretty face- he is also a math tutor. How important was it that the black male lead be as diverse in portrayal as the black women? 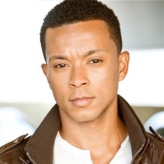 A: It was very important for me to have a diverse and positive representation of people of color on screen whether it was the males or females. I applied the same care for “Kori” to all of the characters because they all matter and represent something for everyone. I love black men so I want to show them the way I see them and that is complex, strong, positive and intriguing.

12. “Black Actress” features the comical input of Kori’s agent who remarks: “ I am fifty

percent sure that your big break is right around the corner.” In so many ways we are all

waiting on our big break, but you made your own in starting your own production

company. Can you comment on the significance of literally forging your own path? What

does it mean to be your own big break?

A: I’ve always had an entrepreneurial spirit so I knew from a young age that I was going to create my own lane, it was just a matter of when. Creating my own lane was important for me to do because there’s no one like me and if I want the chance to show the world what I can do than I have to create the space that I want to live in.

13. In an effort to combat the diversity issue in Hollywood you created your own

production company. Tell us about Jungle Wild. How did you come up with the title and

how does this correlate with its mission?

A: One of the definitions of “Wild” is “unrestrained” and this is simply the way I live my life, I don’t want anything to hold me back, especially not myself. I came up with the name “Jungle Wild” because it makes me feel like that, like nothing can hold me back right now because I’m taking control of the Wild Nature of this business aka the jungle and making it my own, without any restraints.

14. What can we expect from Jungle Wild in the future?

A: 2015 is a big year for Jungle Wild Productions, we have 3 news shows coming out and we are working on our first feature film. All of our content focuses on diversity and the story of millennials. I truly believe in the team of people that I’m working with and it’s a very exciting time for what we have in store.***

A huge Thank You to Miss Andrea Lewis for providing Whispers of Womanism our first interview!