Fox, is no exception to the fad of race- blackness in particular, as profitable. Between their new smash Empire, The Real-Daytime talk show and actress Stacy Dash as Fox news correspondent, Fox appears a strong supporter of contemporary culture’s unstated “diversity initiative.”

Contemporary media deceives its overt inclusion of formerly limited on excluded demographics. However, in their presence these demographics do little to stray from their troubled origins.

Like many who watched sitcoms Clueless or Single Ladies, I too was enamored by actress Stacy Dash’s ageless beauty and impeccable sense of style. However, in her political pursuits, Ms. Dash proved at her best when reading off a sitcom script.

Let me just say that I believe Ms. Dash’s comments against President Obama are put forth to substantiate the belief that 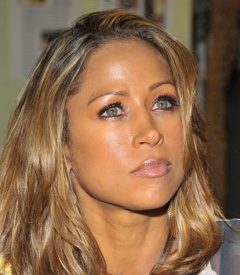 blacks are not to be taken seriously.Now, I do not aim to castigate blacks that do not support President Obama. I am however suggesting that blacks like Miss Dash who do so publicly without reason substantiate the stereotype that blacks act out of emotion and not intelligence.

Perhaps the moment where Ms. Dash proved most simple, was when asked if Romney or his campaign reached out to her. To this query, Dash of course responds “no.” This (not so) casual query revealed the indifference of white platforms to black support.

So while it was Dash’s green eyes that initially captivated America, it was her green disposition that permitted her reinvention to a world that compensates black simplicity. 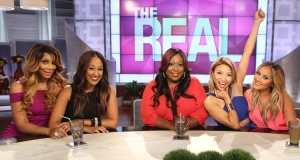 Upon first glance, The Real surfaces as a daytime talk show dedicated to representing the minority woman’s perspective.  However, within one episode it is obvious that these hosts are there to perpetuate not challenge stereotypes.

While the show offers some heartwarming moments like working through past baggage, the hosts perform within white constructs of identity.To reference a specific moment, comedian Loni Love revealed the the under wirings of her weave to the entire world.

Perhaps it was at that moment that I realized that The Real was not created with people of color’s viewership in mind. In reality this show was created as a looking glass, allowing those outside the minority demographic insight into how minorities perform within  identities formed by white supremacy.

Now, while all the panelists embody stereotypes, I will solely discuss the black female panelists to maintain the central perspective of the blog.

Although her advice is occassionally seasoned with wisdom beyond her years, Tamar’s lip smacking, eye rolling and ever-changing weaves embody the most common stereotype of black women-the sapphire.

Braxton’s dependency on someone else’s hair and an unnatural hair color to compose her now trademark look, silently praises a white aesthetic of beauty. Perhaps most troublesome of all, is t Mrs. Braxton’s overt competition with husband Vince’s white ex-girlfriend, who was incidentally her physical opposite: petite and blonde.

As the panel’s oldest member,  Loni should be a source of wisdom. However, her conversation is seemingly limited to food and sex, her ideal mate being someone who ” owns a restaurant.”

As a plus size woman, Lonnie physically resembles the mammies of our past, but in her endless efforts to showcase her love for sex she trades asexuality for hyper sexuality.

In her placement on The Real panel, Loni demonstrates the evolution from the scarf- wearing Hattie McDaniels of our past, to the wig and weave wearing Loni Love who anchors the show to the same ideas of white supremacy as her predecessors. 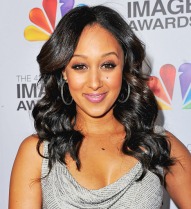 As the host of mixed heritage, Tamara Mowry-Housely offers an “elevated” portrait of blackness in her distance from Tamar Braxton and Loni Love’s perspectives on almost all topics. Interestingly, she upholds a traditional or conservative ideology that in practice reprimands her marriage, offspring and entire existence. This meaning that many who are inclined to her conservative way of  thinking oppose interracial marriages and multiracial children

Perhaps what is most disheartening about the panelists of The Real is the misuse of a platform. The strength in blacks on television is that presence grants visibility. Hence, what could be a space to positively inspire young black women is regarded as every other reality labeled show that works to subliminally convince viewers of their own inferiority. 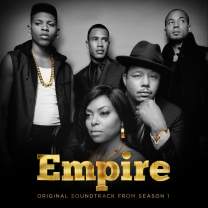 While the all black cast is initially reassuring, the cast swims in stereotypes that leaves black culture drowning in regression. 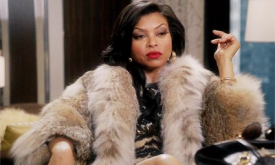 While the role of black masculinity is central to Empire, the true detriment of the show is perhaps most evident in the popularity of its leading lady Cookie Lyon, played by Taraji P. Henson (The Curious Case of Benjamin Button). While Henson is certainly beautiful and talented, this role reduces her to the sapphire caricature that plagues the contemporary black woman. From her loud, often crass speech, to her dangling weave, Cookie perpetuates an accepted but troublesome reoccurring image of black femininity.

Despite their troublesome images, the door is held open for sitcoms like Empire, daytime talk show “The Real” and Stacy Dash as news correspondent, as they provide a means for American culture to continually exploit blacks. Through disguising poison as progress, Fox aims to hypnotize blacks further into psychological slavery and internalized inferiority.

So I contest contemporary society’s silent suggestion that blacks may “find themselves” in the increasing number of black faces on today’s television. Collectively Empire, The Real and Stacy Dash (as news correspondent) epitomize the painting shackles gold and calling them a bracelets, or encouraging us to drink poison by telling us its Koolaid.

Yet many will contest this analysis and suggest that “it is only television” and that such an analysis is “looking to much into things.”  However it is the attack on the black subconscious that leads to the seemingly apparent suicide of culture through consciousness at the hand of the oppressed. However in actuality this seemingly apparent is a homicide at the hand of the the oppressed, who murders himself as the final demonstrative act of systematic racism.

Be critical-don’t kick away your own chair.

One thought on “Fox Five and the Fabricated “Diversity Initiative””