Upon earning graduate degree I vowed to take my writing more seriously. My wings to fly via the written word were clipped during undergrad when every attempt to pick up the pen earned a letter each closer to “Z” than the last. What was once a source of pride and happiness was bludgeoned by responses more crushing than constructive. Yet somehow in my fifth year of post-secondary schooling, my cultural consciousness slowly settled in my body and mind and sought release through writing. Suddenly, my craft resurfaced as more of a necessity than a niche and I stumbled across a site dedicated to discussing black femininity. In my partnership with the site I became a freelance  writer for a black female owned site assuming a platform to discuss issues prevalent to the contemporary black female. Up until recently, this experience was one I regarded with pride– as a black business had not only allotted me a voice but employment. These sentiments were abruptly dissolved in the dismissal of a proposed article in honor of the late Dr. Francis Cress Wesling. Since Ms. Wesling’s passing earlier this year, I proposed two articles to commemorate her legacy. The first proposal was casually ignored–the second received the response “I’ll pass.” 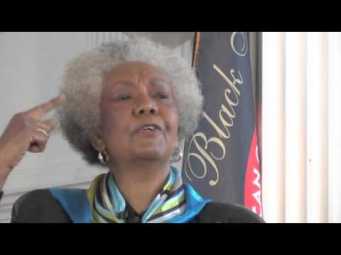 Without referencing the name of the site (to avoid any undeserving attention), I will say that this site is named after one of the most influential black female leaders- Harriet Tubman. Tubman demonstrated courage and love for her people in journeying south nineteen times to rescue additional enslaved Africans –after obtaining her own freedom. As contemporary Africans, the underground railroad becomes something many of us think about solely during Black History Month-if at all. However, while there is no longer an underground railroad-there are an abundance of enslaved Africans. As a platform established by a black woman, maintained by those of the same demographic AND named after Ms. Tubman it seems that this site’s sole ambition should be to perform in its namesake’s image and work to free enslaved Africans. Thus, my disappointment and disassociation from the site results from its inability to sit firmly upon the shoulders of our ancestors who endured hell for the contemporary black women, to have small victories of education and a chance at mental freedom.  To put it frankly, if we, as young black women do not acknowledge our leaders who will? Women like Ms. Tubman and Dr. Wesling acted selflessly to provide opportunity for black people. Thus, any effort to overlook or dismiss their legacy is selfish and small minded. Whether stemming from indifference or fear, this behavior within the black diaspora hinders our advancement towards mental freedom. For it is innocuous whether or not we as black people agree with every component of Dr. Cress Wesling’s theory. To do so takes courage and pride that many blacks do not encompass due to what Wade Noble refers to as a “shattered consciousness and fractured identity.”The feat of black ownership in the absence of black consciousness performs in contemporary culture’s facade of black advancement. Said advancement is of course mutually exclusive to a psyche handicapped in cowardice and saturated in white supremacy. 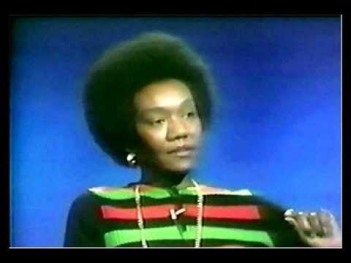 Now, I know that many individuals feared Dr. Cress Wesling’s radical theory as conveyed in her series of essays entitled The Isis Papers. However, Cress Wesling did for blacks what Georges Cuvier did for whites in the exploitation of Saartje Baartman. This feat is of course rendering race as central. In The Color Confrontation Theory Wesling asserts color as the catalyst for white oppression. Specifically, she asserts whiteness as the product of albinoism and white aggression towards blacks as resulting from the alienation that derived from this colorless state. While Cuvier’s ideas were generally accepted and still subtly operate in the contemporary compartmentalizing of black aesthetics as generally inferior, Cress Wesling’s ideas were regarded as outrageous and far-fetched. However, Dr. Cress Wesling perpetuates the essence of racial pride in alleviating the shame cast upon blacks for their color in citing this source of shame as a source of envy. Following the assertion of her theories, Cress-Wesling faced animosity from white and black communitites-yet she never withdrew her convictions. Cress-Wesling personifies the spirit of Harriet Tubman in not only paving a path towards freedom but risking everything in its pursuit. Thus, to be a part of a black company that turns a cheek to acknowledging the legacy of prominent black thought makes this site in color not mindset.

While her theories are groundbreaking, Dr. Cress Wesling is most remarkable for her courage. Thus, perhaps the greatest lesson learned from her life and work is fearlessless. Her theories lacked popularity as she disrupted the fallacious unity and post racial initiative of society with truth. In featuring a few brown faces in politics, music and acting, society seemingly perpetuates freedom at the expense of a diluted racial consciousness. Cress Wesling’s theories discarded white supremacy asserting its antithesis-black supremacy. Black supremacy- a buried truth whose resurrection is the primal fear of white supremacists made Cress Wesling a revolutionary who cast a contemporary stone in rendering mental freedom to the beautiful yet battered African diaspora. 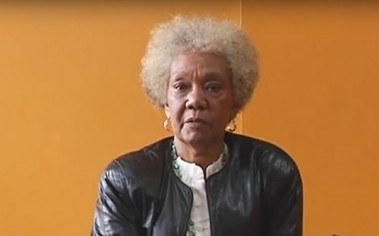 May the spirit of Dr. Francis Cress Welsing inspire those of the black diaspora to rejoice in their color and not feel shame or fear in acknowledging the wrongs of white supremacy.

Dr. Francis Cress Welsing, may you rest in the peace you grant me as a black woman.