Perhaps it was obvious to some as a twenty-two year old Beyoncé Knowles, then the lead singer of girl group Destiny’s Child, sang her first solo song “Work it Out” with big blonde hair and shapely legs, that she’d be the larger-than-life star she is today. Twelve years later, Beyoncé remains one of the most influential figures of black femininity. 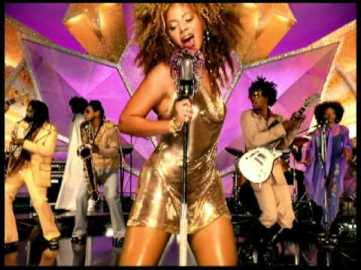 I first realized the totality of Beyonce’s influence almost ten years ago, upon consulting with the man who would design my prom dress (a friend of my brother). I had the portrait of my dream dress in my mind, but my peers all brought in assorted photographs of one woman- Beyoncé. Still high off Dangerously in Love, a medley of R&B and Pop, anticipating the-then pending release of BDAY, Beyoncé was the goal of many if not most young black girls. With long silky hair, a svelte yet shapely figure, small yet prominent features and a meek persona intertwined with a dominating stage presence later named “Sasha Fierce,” Beyoncé herself bears an identity as contradictory as her latest project Lemonade. 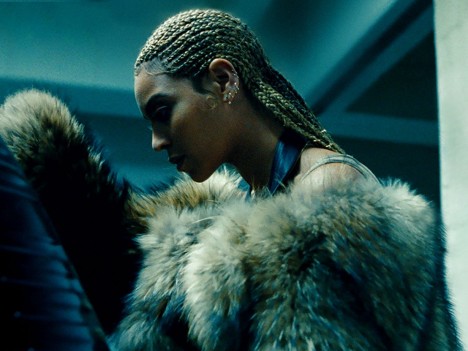 A medley of pop, reggae and soulful ballads, Lemonade captures the bitter sweetness of being a black woman. From daddy issues to cultural and relationship struggles and triumphs, Lemonade encompasses black female intersectionality. The album’s visual component features the sensuality of romance contrasted with the temperate titling “Sandcastles,” an acrimonious lover drawn to violence in “Hold Up,” and a touching tribute to the mourning black mothers of slain black youths like Mike Brown and Trayvon Martin in “Forward.”

“He better call Becky With the good hair”

“he betta call Becky with the good hair” begs a much more troublesome reference.  Hair remains a persistent line of demarcation between blacks and other races. Although the black power movement of the 1970s and the contemporary natural movement declare kinks and curls a crown of glory, these very attributes operate as a key depiction of black inferiority. The context of this now viral lyric projects these very ideals and when juxtaposed with the visual of black mothers and their slain sons— Beyonce’s initial strong and touching message contradicts itself. It is traits like hair, color and facial features that rendered victims like Trayvon Martin, Michael Brown and Tamir Rice (amongst countless others) worthless. So to playfully generate what is sure to be as contagious as previous phrases “If you like it put a ring on it” and “I woke up like this,” “Becky with the good hair” shields an ignorant comment with the facade of entertainment–rendering blacks pawns in their own oppression. As pawns, fans overlook this problematic phrasing, and instead focus on unveiling Becky’s identity.  In prompting listeners to place a face to the phrase rather than question its relevance, the toxic phrase “good hair” endures celebration rather than the scrutiny it deserves.

It is also worth mentioning that Beyonce’s carefully crafted image is made to resemble a “Becky with the good hair,” inspiring a group of followers who strive for a similar aesthetic. Thus, I’m unsure if this batch of lemonade is any more bittersweet than the songstress herself. Beyoncé as a central figure in black femininity, challenges black female identity in both form and content. While undoubtedly a beautiful black women, Beyoncé, with blonde hair and light eyes elevates a Eurocentric image to a following of mostly black women. Simultaneously, the image of a beautiful and talented black women who consistently dons a hair texture and color that are the antithesis to her natural aesthetics, projects the required flawed esteem to warrant commercial success. This image is countered by a body that is far more common among black women, composing an oxymoron presence eerily similar to that of a centaur. Interestingly,  Beyoncé references duality in Lemonade with the lyric “You are just like my father. A magician. Able to exist in two places at the same time.” While this line references an unfaithful lover, Beyoncé too exists in two worlds. While not biracial, Beyoncé bears an appearance that is a hybrid of traditionally white and black attributes. This duality  appeals to a sea of black women who admire and emulate this ambivalence in blonde weaves and wigs contrasting their often curvy physiques and darker skin. This ambivalence subjects any advancement attributed to Beyoncé as consistently enduring  two steps backwards. 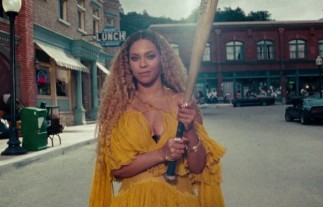 As the physical embodiment of Lemonade, Beyonce’s attempt to narrate the black female experience through the sweetness of harmonized vocals and catchy melodies, quickly turns sour. A closer listen to Lemonade reveals surfacely deep content as shallow, reflecting both the listeners and industry that fawn its success. This success, while appearing to elevate black femininity, deters black female plight for identity and understanding. As a falsely labeled masterpiece, Lemonade massacres the consciousness needed to dethrone Beyonce as a heroine, and reveal her true purpose. To see Beyonce as a hero is to ignore her role in inducing the necessary confusion needed to maintain racism.

To conclude a previous world tour Beyonce once said “I am yours.” This phrase, while simple, culminates her role as a public figure. Beyonce is ours- our tragedy, triumphs, confidence,insecurities, beauty and ugliness. Thus, Beyonce is the physical embodiment of taking the lemons of black female existence and producing lemonade. However, this lemonade and Beyonce herself embodies the facet of black female identity handed to us by white supremacy. Thus to render Beyonce a hero, or to frivolously drink this cultural lemonade without contemplation or query, is to surrender to an oversimplification of blackness reduced to a western articulation of black beauty, excellence and entertainment.

One thought on “Beyonce’s Lemonade-More Sour than Sweet”