Teyana Taylor resurfaced as a cultural phenomenon in Kanye West’s latest creation “Fade.” Although the creator of 2009’s “Google Me,” many have not googled Taylor in years. Not exactly a forgotten presence, Taylor launched her own company, and graced the music world with the occasional feature, maintaining a private yet modestly popular Hollywood status.

Flash forward to late 2016 and over twelve million viewers gazed as an immensely oiled Taylor provocatively danced in a manner more sexual than enigmatic. It is this overt yet inundated sexuality that foster’s Taylor resurrection from obscurity to a contemporary sex symbol. This attention appears complimentary for Taylor and for black femininity. However, sexuality is anything but a new tool for black female representation and reinvention. Kerry Washington, Gabrielle Union and Viola Davis transitioned from supporting roles to leading ladies in exuding hyper-sexualized heroines on prime-time series.

This hyper-sexuality guises itself as a celebration for a central black female body. This centrality is an illusion as the contemporary black female body, like predecessor Saartje Baartman, obtain visibility in exhibiting marginalized attributes that render her primitivateliy sexual. This sexuality, in both traditional and contemporary forms, is often veiled as entertainment, to deflect from the seriousness and stagnancy of the overly sexual black female. 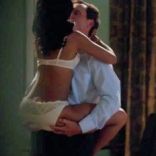 depicted in body and hair that appears damp with a combination of bodily oils. “Fade” illustrates the black female body as oozing sexuality both literally and figuratively. Manifested in the oils that drip from her body as she gyrates, the black female body externally encompasses the secretions that correspond with love-making.

Taylor also exists in a series of contradictory attributes. Her body is both muscular and curvy, her face symmetrical yet masculine in the stoic expressions that occupy her face as she thrusts to the baseline. Taylor’s distance from conventional beauty intensifies in the stoic expression worn as she dances. This statement is not to denounce Taylor’s beauty, but to highlight her objectification in a society that otherwise seems her features and body invisible— unless the object of hyper-sexualized imagery. Nevertheless, Taylor’s presence suggests femininity in her full bosom and protruding derriere, but there is a high degree of masculinity implied in her dominating dance moves that seem to rhythmically assault the beat with sharp pelvic thrusts that depict Taylor as literally “riding” the beat.

advocating for the implied civility offered in interracial unions modeled by creator Kanye West. Perhaps the most moment component of the video’s conclusion is Taylor’s physical metamorphosis to a cat, or lioness. While this metamorphic may be attributed to Taylor’s familial bond, this transformation, in correspondance to the overly sexual images it follows, literally reduces a black woman to her genitals. Thus, to conclude the video as a cat, Taylor as a figure of black femininity literally becomes a kitty, a cat, a p*ssy or a vagina.

Many wonder why West declined to feature his wife, beauty and pop culture icon Kim Kardashian West whose body is a constant topic of discussion. One could argue that West’s acquisition of whiteness in terms of wealth, influence and visibility enables him to fantasize about black women in a manner that corresponds to western imagination. Thus, although married to a white woman, western ideology prevents him from sexualizing his wife as he sexualizes the black female body. The animalistic sexua 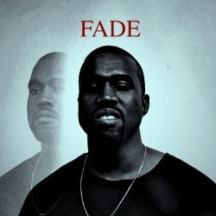 l image that oozes sexuality is best received when the body is black, as this serves as a testament to black female inferiority. As a sexualized figure, black females appear worthy of rape and disenfranchisement—distant from modesty, piety, intellect and conventional womanhood. So while West and Taylor seem to win acclaim, popularity and envy, it is the white man (and woman) who win in the continued portrayal of bestially sexual black women. It is through this portrayal that white men and women maintain their superiority, in the subtle primitivism suggested in a female limited to her vagina exploited by her male counterpart, who is determined to obtain and maintain visibility in a white world at any expense.

In celebrating these images, or simply not contemplating them, the black female body remains a fantastical presence, ceaselessly burdened and held to the standards of western imagination. Perhaps Jessie Williams said it best “Just because we are magic does not mean we are not real.”