Almost five years ago, I, along with countless others around the world, read Gillian Flynn’s Gone Girl. The thriller seemed the perfect summer read, well-equipped with multiple perspectives and gritty drama. 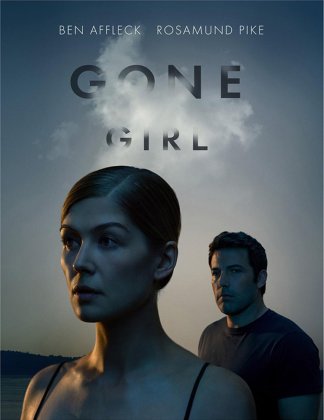 Gone Girl renders the perspectives of Amy and Nick Dunne, a married couple who have hit a rough patch in their union. Amy Dunne is a young, unconventionally beautiful trust fund baby whose parents afford her a privileged upbringing by way of a book series conceived in her honor. Exasperated by her spouse’s infidelity and mediocre ambitions, Amy stages her own disappearance which prompts a national search. Nick Dunne, an average guy with average ambitions, finds love with Amy– a woman who knows a different perspective to privilege then afforded by his modest upbringing. Emasculated by Amy’s economic comfort and his personal shortcomings, Nick emotionally checks out of his marriage and elicits an affair with one of his students. Inevitably surfacing as the prime suspect in his wife’s disappearance, Nick becomes the victim of white female wrath.

As a young blonde white woman—Amy possesses a conventional beauty and thereby embodies western treasure. A conventionally beautiful, wealthy white female Amy implements her privilege by attacking the white men who fall in love with who they believe she is. Her past is decorated in staged rapes and stalking, painting her as a desirable being that warrants animalistic male tendencies. Gone Girl captures Amy in her lifetime performance— framing her husband for her “disappearance/murder.”

In actuality what author Gillian Flynn does with protagonist “Amazing Amy” is a craft a mockery of abduction and crime. Gone Girl veils abduction and criminality with a comedic string of events orchestrated by an over-privileged white woman determined not only to prove her worth to her cheating husband, but to the world.

personifies every parents worst nightmare, a child that goes on a class trip but never returns.

Following her disappearance, Holloway became a household name— her face, a national treasure burned into the minds of all Americans. Much like the fictive Amy Dunne, Holloway was young, conventionally beautiful and wealthy. Taken together they epitomize the tragedy American imbues in its inability to protect its most treasured asset. 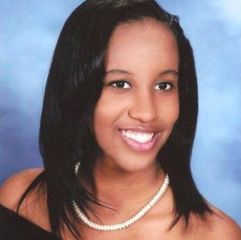 Conversely, Phylicia Barnes, a sixteen- year-old black youth went missing a few years later to a vastly underwhelmed public. Barnes graduated high school a semester early and was on the fast track to college when she also went on a trip in which she would never return. Four months after her disappearance, her nude and unrecognizable body was found in the Baltimore river. Her discovery met the ears of many who never even knew she was missing. Like Holloway, Barnes was beautiful and bright. But unlike Holloway, Barnes was black. Barnes did not receive national coverage and she did not endure the celebrity status afforded to Holloway. Barnes endured a dual tragedy, one in her untimely murder and a second in epitomizing the disregard afforded to black bodies throughout the western world. To her family Barnes is a fallen angel but to the western world she is a faceless woman of color the world is better without.

This dynamic hits close to home for me as one of my little cousins has been missing for over three weeks. His mother created a flyer, simply because the community precinct failed to do so. As a family, we wait daily for updates, updates that are few and far between because a young black male just simply does not warrant the search efforts of the police or soldiers of white supremacy. Thus, to see a woman fabricate a story that receives much more attention than real loss is a cruel mockery of an unbalanced system.

To whites, blacks only matter when money is involved. The most worthy blacks accompany the title celebrity, their value determined by how much capital they afford whites. These blacks, if missing garner national attention because they are under contract. History conveys a similar dynamic. Traditionally, when black bodies went missing whites searched endlessly to ensure their property was returned to them. Back when black bodies proved profitable, their loss proved valuable to white supremacy. The contemporary world imposes white supremacy on the western mind in simply rendering any black body not in direct correspondence to western economics worthless. No black person could fabricate their disappearance to the same reaction afforded to Gone Girl‘s Amazing Amy. Even in truth, justice for blacks is seldom.

Gone Girl in book and cinematic form overlook the privilege in simply being “gone.” The phrasing accompanies an endless plight to discover the missing person. The western world does not afford the black body the privilege of being gone, as perfunctory effort awaits the black body that goes missing. Thus, Gone Girl’s fictive depiction illustrates the label “gone” as a privilege exclusively reserved for whites. While white women are “gone girls” black female bodies endure the frivolous dismissal embedded in the popular phrasing- “Bye Felicia.”

What is deserving of a formal dismissal is a system that deems the black body forgettable and utterly replaceable. While I reference my cousin directly, the cavalier disregard that hovers over his missing status mirrors the treatment that awaits any black body lost or missing. Interestingly, it is discussions like these that reveal black rights as human rights. Blacks are not fighting to maintain a form of superiority over others. For centuries, we have endured the impossibly difficult quest to be treated as humans. Somehow this quest becomes magnified in discussions of disappearance and tragedy, despite its presence in everyday life.

Furthermore, there is no need to retrain officers, there is a need to repeal the entire system. Blacks need a system where their lives, education, children and safety matter and their lost bodies garner concern not cavalier disregard. This is something consistently denied by the western world, and therefore is something we must take. In closing I’ll leave with you with the words of the late and great Dr. King: