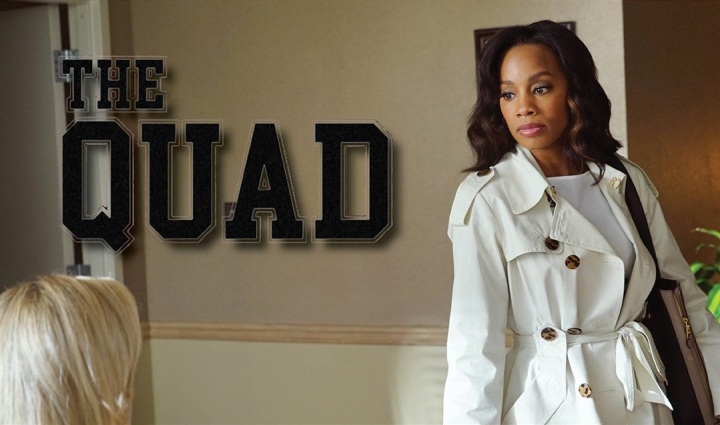 Tonight BET debuts new series “The Quad.” The series airs on the first day of black history month—a fact that corresponds well to the premise of placing value on our own institutions. The series, authored by Soul Food creators and writers Felicia D. Henderson and Charles Holland, engages the HBCU dynamic from multiple angles.

I attended a pre-screening event for the series on Monday evening in lower Manhattan.  For me, the series proved nostalgic. As an HBCU grad,  and former resident of freshman dorm “The Quad”– my  HBCU experience was bittersweet. Yet, it is the experiences encountered on Howard’s hilltop that taught me much of what I carry today.

While watching the series, I wondered if The Quad would prove would prove as resonant as 2002’s Drumline (Nick Cannon, Orlando Jones). Namely, could this series be the necessary push to redirect blacks back into schools that render their collective interests central?

I. Where the show succeeds…

One of the pinnacles of my HBCU experience was encountering individuals from various walks of black life. The series does a great job incorporating the diversity within blackness. This is especially important, given how hard the media works to suggest that we are all the same. From the privileged black girl who identifies more with whites than blacks, to the Diddy/J.Cole medley–a black male college student who is also an aspiring rapper, to the cute quirky girl who is an instrumentalist, to the jock who tries to excel in sports, academics and love—the series depicts a mirage of experiences that accompany the HBCU experience.

2. Drama that does does demonize black culture

The characters incur a degree of drama that while entertaining accompanies the necessary layers to avoid demonizing black culture. For example, though working steadfastly towards a music career, the series depicts its aspiring artist as having a loving Auntie and Mom-deflecting from the stereotypes that black men are unloved “thugs” who take but do not give. The series also layers the “wannabe” white girl, who also happens to be the president’s daughter. In a conversation with her white counterpart, the wannabe states that her mom “knows everything.” The tone that accompanies said statement suggests intimidation. Namely,  the admission suggests that the “wannabe” actually wants to be like her mom, but deems doing so impossible. Thus, she chooses the easy way out and opts to oppose blackness in its entirety, becoming a girl who just happens to be black.  This layered depictions functions well, as it prompts the reader to think, not judge.
3. The struggle of the Black female professional
Perhaps the biggest win of the series is depicting a black female as the fictive HBCU’s presiding president, Dr. Eva Fletcher (Anika None Rose). The series does a great job depicting the conflict afforded to black female bodies who evoke change in presence and practice.  The series reveals the plan two black male collegues construct to compromise both the reputation and position of their black female president. While unfortunate, this is a battle many black women endure in their role to challenge a system that while harmful, proves fruitful for some.

The Quad issues a brilliant protrayal of a black female professional who is both educated and enlightened and who mains an elevated position without looking down on others. These truths are undoubtedly guised by her Ivy League education and mansion residence—but the conveyed dichotomy is both accurate and refreshing. The conveyed dynamic also substantiates why womanism, not feminism should encapsulate the words (and whispers) of black females.

Perhaps one of the most accurate depictions of the series is illustrating the numerous factions that populate HBCU campuses. These faction foment a “journey to belong” that often lasts long after college.  At HBCU’s everything comes with a price. This price is hazing.

Whether you join the choir, fraternity or society— every faction corresponds to a hazing process. During freshman year, a roommate joined the church choir. As part of her initiation she was blindfolded, led to an unknown location, and left to find her way home. Another friend sought to join a society within his dorm. During an event, candidates were led into a dark room where members threw cups of urine onto prospects. The series depicts band members reveling in their accomplishments, to the upset of upperclassmen. The upperclassmen deemed said behavior haughty and landed one member in the hospital due to extreme reprimanding measures.

While HBCU’s exist to foster black advancement, many facets of these institutions implement the “break you down to build you back up” process which acquiesce the very systems these institutions supposedly challenge. Furthermore, I commend the series for bringing these issues from the corners of black universities in to the avant-garde of contemporary contemplation.

2. My next area for criticism is a persistent problem in black portrayal, hyper sexuality and the black female body. Although successful and enlightened, Dr. Eva Fletcher lost her previous job due to a sexual relationship she had with a graduate student. This student, objectively called “Six-Pack,” follows to her new position. His presence in her new location provides viewers with a steamy, “black lust,” love scene, but raises a question that accompanies all contemporary portrayals of black females.

Why is the downfall of the beautiful, educated, and conventionally successful black female always sex?

All in all I applaud the series for unveiling prevalent topics within the black collective. I also applaud the series for perpetuating drama, but doing so in a way that promotes analysis not ignorance. So to the title’s query: Does  BET Series “The Quad” hit the four corners needed to advance contemporary black portrayal? My answer is Yes.

Whether seeking some HBCU nostalgia, curious about the experience, or just looking to wind down from black life, I encourage everyone to give the show a chance. Personally, The Quad— a black authored portrayal of black people, makes me both happy and proud to tune in.

One thought on “Does BET Series “The Quad” hit the four corners needed to advance contemporary black portrayal?”