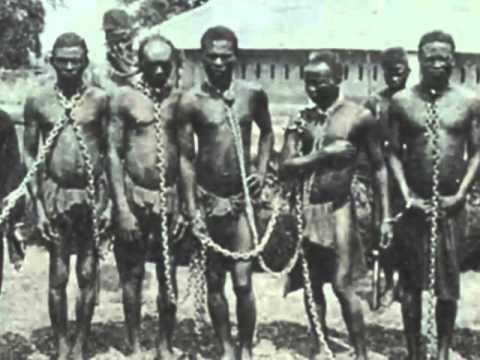 My last name is Saunders.

I am a descendant of Africans kidnapped from the continent centuries ago. My last name is a visible reminder of the chains that bound my ancestor’s limbs as they sat, cramped on the ship that literally and figuratively severed them from their motherland. I do not know my original last name, or the faces of my ancestors seized from our indigenous land. America stole that from me, and told me George Washington and Abraham Lincoln were my forefathers.

I don’t know the songs they sang before their abduction. Instead, America made me memorize “The Star Spangled Banner.” America prompted me to sing this song with my hand over my heart,  the heart that pumps the very blood pumped into the ground by enslaved ancestors. Blood, long forgotten if ever acknowledged, by white settlers.

My ancestors sat on dirty boats, bore children from rape, picked cotton for the American economy, then endured poverty for centuries while whites sent their children to college and lived in fancy houses. Fancy houses that blacks would clean for money that would allow them the luxury of poverty. Then we endured segregation, giving us an inferior lifestyle masked with the lie “separate but equal.”

I write to address the term immigrant that dominates so much of contemporary conversation. Namely, this post is a product of a comment I’m hearing more and more: “Unless your native American we are all immigrants.”

As a descendant of an abducted Africans, this statement is not only insulting but untrue. The myth of America being a land of liberty and freedom, seduces migrants to adopt America as their home. The abducted African was not afforded this choice. As writer James Baldwin stated decades ago,  the abducted African is America’s creation– encompassing the “nigger” essential to establish western superiority.

In labeling the ancestors of the abducted African immigrants, whites evoke the social amnesia necessary to alleviate them from their past sins. Dr. Amos Wilson evaluated the affects of social amnesia in The Falsification of African Consciousness. Dr. Wilson states:

“The psychology of individuals and groups may also, in part, be constructed from ‘historical and experimental amnesia.’ That is, when an individual or a group is compelled by various circumstances to repress important segments of his or its formative history he or it sometimes loses access to crucially important social, intellectual and technical skills associated with that history which could be used to resolve current problems” (1).

To label the bodies bred from the abducted Africans immigrants, their fate became a matter of choice, not a product of pure evil. Suddenly, both the settlers and slaves encompass the immigrant labeling, thus appear equal in the plight to belong. This dynamic is as troubling as it is false. Furthermore,  this implied equal footing operates in a manner similar to blackness as a construct—a lie treated as truth to foment a targeted result. For blacks to believe the lie embedded in the “immigrant” label, America becomes the “land of the free and the home of the brave,” not those who raped your ancestors, and lived comfortably for generations on money collected from stolen labor.

The black migrant, or those who came to America from the West Indies, The Caribbean, South America, Central America or the continent itself are in fact immigrants. Although the African Diaspora exhibits a shared white influence in seeing America as a place for opportunity–not the land that stole from their brethren, it was not their direct blood cast into the soil to build America.  To some,  their presence suggests that African abduction could not have been that bad if those with a shared lineage choose to be here. Moreover, the migrant choice to come to America fosters the same ideology that validated our abduction, rape and torture—although they too lost their language and indigenous culture.

Unlike those of the African diaspora, non-black migrants from the Caribbean, Central and South America Asia and the allusive “middle east” have a language and culture  The abducted African lost their language and culture during the process that transformed them into America’s nigger.

To the migrant,  America was, at least at one point, “heaven like.” Namely, many journeyed to America unaware that America the beautiful burned the non-migrant black body alive and hung them from trees for crimes they did not commit. Instead they were shown pictures of wealth and civility. For the non-migrant black, America has always personified hell on earth, where their body is subject to various modes of maltreatment–legally permitted by the American government.

Now, the contemporary world hands the descendants of abducted Africans immigrant labeling. Labeling descendants of the abducted African immigrants works as yet another means to oppress the black mind. For if blacks forget their story, or become convinced that their is no story to tell, “his” story prevails and  blacks eventually ignore the magnitude of their oppression. As Neely Fuller profoundly stated:

“If you do not understand what racism and white supremacy are, and how they are implanted by the white race against the colored people of the world, you are lost, and everything else you know about white people will only confuse you.”

The label “immigrant” cast along the bodies of those descended from enslaved Africans oversimplifies the immensity the transatlantic slave trade had on the black diaspora. This labeling affords the western world another means to dodge any responsibility for their wrong doings, something that the conscious black body must confront every time they open their mouth to speak English.

I would say that whites should be ashamed of themselves, but to do so would reflect a disassociation from American trajectory. A large component of what enables whites to carry on as they have for centuries is the Racial Psychopathic Personality Dr. Bobby Wright outlines in his studies. This personality  results from an absence of conscious, or the inability to feel anything but entitlement.

My assertions are in no way to suggest that America is home to the abducted African. I do mean to declare the label immigrant as cast onto the black body to foment escapism, implemented to bury our story in favor of a story that paints America as “land of the immigrants.” Our kidnapping afforded America its riches. We bred America the liberties white migrants enjoyed in traditional and contemporary settings.  We made America enviable. We provided its fruits yet were never allowed to eat them.

Well, you may have stolen our ancestor’s bodies from Africa, but you cannot steal our legacy.

I am not your immigrant, just as you, are not my political leader, representative, sister, brother, fellow American or slave-master. You are however my chief abuser, persecutor and oppressor, a skilled magician that finds new ways to do what you have always done—oppress.

Nevertheless, I don’t hate you, but don’t belong to you either…

4 thoughts on “I Am Not Your Immigrant”