My first encounter with Kara Walker was unexpected. I took a writing class and one of my classes printed their essay on used paper, and Kara Walker’s work was on the back. This is the image I saw: 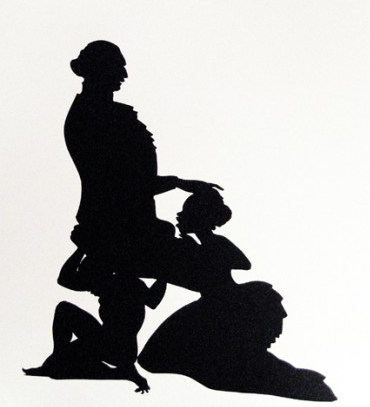 The image seared into the pits of my core. I was uncomfortable, I was enraged, disgusted—yet I could not look away. With the exception of Kemet artwork and at a Metropolitan Museum of Art exhibit in middle school, this is the first time I has encountered true artwork.

Sure I has seen curated portraits and paintings, but none of them addressed my collective self. None of these images burned their way into my memory—making it impossible to forget. This particular image afforded me what author Octavia Butler allotted protagonist Dana in Kindred—an ability to transcend time. When I first saw this image I was a wide-eyed twenty-three year old girl who sat squeemishly at a liberal arts college whose gated campus consistently subjected her to racial truths that up to this point in her life, she had only read about. This image transported me to the plantations of the south where the abducted African became a canvass for western inhumanity. Walker’s artistic reflection of the antebellum south burns the eyes of the observer making it impossible to escape its intensity even years after the initial viewing.

Walker negates this stereotype, and depicts the ways in which the black female body and psyche was mutilated by the lustful privilege of white men.

For these reasons, Walker’s work proves particularly resonant to the black female–her artwork being one of the sole places where our bodies, our pain, and our beauty remains central.

I showed the following image to a group of first year college students. 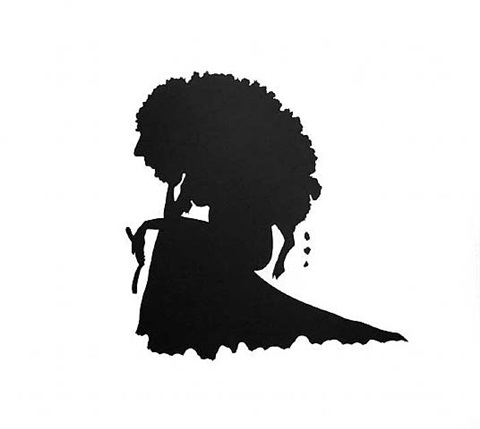 Their observations proved interesting but also demonstrated an inability or unwillingness to merge the present black female and animal interchangeability. To most, the image depicted a distressed woman transporting an injured animal home.

At first, I saw two things:
A black woman with textured hair occupying a thinker’s pose and a tree—together I saw a merging of black femininity and nature thereby illustrating the black woman as the physical embodiment of mother nature.  At second glance, I saw the liberal embodiment of the figurative black sheep—an illustration that proves an accurate reflection of the black female experience.

On the surface, Walker’s art gives a voice to the black female collective. But Walker’s work is far more resounding. Walker’s art functions more as an interpretative dance, reflecting a crippled body that still manages to not only walk but stand upright despite all adversity.

Ms. Walker, I salute you.