Dr. Bobby Eugene Wright was a earthly genius gifted to the black collective in the later half of the twentieth century. Although acquainted with western science, Wright used what could have been assimilatory teachings to explicate the black experience. Wright’s brilliance birthed one of the black collective’s youngest and most resounding minds, the late Fred Hampton—who was murdered by Chicago police at the age of 21 after an ambush that left the young revolutionary shot at point-blank range. Nevertheless, unlike his pupil, whose documented and highly publicized murder functioned to cease black activism, no information about Wright’s death is known. Instead, the black collective just knows that this revolutionary mind is in fact dead. The internet readily provides the date and year of his departure, but no details surrounding his transition have been made public. It’s hard to believe that a healthy man at the relatively young age of forty- eight would expire  due to natural causes. 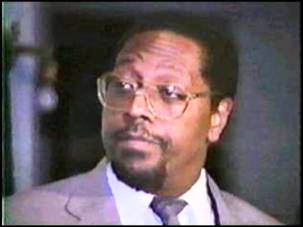 Similarly, Dr. Amos Wilson, known for books like The Blueprint to Black Power, and The Psychology of the Black Child, also died under mysterious circumstances in 1995. History documents a brain aneurism as Wilson’s cause of death, a detail that remains questioned by many influenced by the magnitude of his contributions.

Mysteries surrounding the transitions of black heroes and revolutionaries line the historical trajectory of abducted Africans on Western soil. Despite provided with absolutely no closure, the black collective is supposed to take the little information provided and move on.  Details mean nothing and function solely to color in the fictive lines painted by racial psychopathy. Even when details are made public, they are often bizarre and an attempt to soil the legacy of a black body.

To render the abducted African into a state of mental submission, the body has to meet a fear-inducing end. Similarly, following Nat Turner’s rebellion, whites mutilated his lynched body to physically destroy any possible legacy. While some remained inspired by revolutionary spirits like Nat Turner, countless others retreat to fear in hopes to escape Turner’s fate. This fear is why orchestrated black deaths remain enforced in variety to fester black fear.

Revolutionary Malcolm X’s 1965 murder functioned to discount the ideology of his teachings. Malcolm’s teachings, rooted in unveiling the white man as a natural enemy to the black community, liberated many blacks to find pride in their blackness. His murder functioned to depict blacks as antagonizing blacks–illustrating the people that he loved so

intensely and so dearly as frivolous and uncivil. However, conscious minds know that Malcolm’s murder was a multi-layered attack designed to divide blacks and project the myth of  black on black crime.

The mystery of murdered black bodies was not limited to the overt  revolutionary. Soul music trailblazer Sam Cooke was shot and killed in a cheap motel half-clothed, beaten and shot, painting the heartthrob as a hyper- sexual black beast to which death is the only means to stop his sexual deviancy. Cooke, once featured in a Times Square billboard that called him “The Best Cooke in town,” was posthumously  portrayed as a rapist–despite the following facts:

Cooke’s 1964 murder, stands between Medgar Evans and Malcolm X’s murder, illustrating that grounds for eliminating the black male body was not limited to activism. Cooke may not have cast his contribution in a manner similar to Evers and X, but Cooke declined to adopt the processed look of the time. Cooke donned a short afro, pre “black arts” era, making him a leader in his own right. Who wanted this handsome young man, not only dead but stained with claims of sexual assault? Perhaps a better questions is, who had the most to gain? Like Evers and X, Cooke would also not see forty.

the white man’s war. It was not  enough to simply strip Ali of his title. No,  the white world had to make a mockery of the black giant and show the world what happens to a black person who not only dares to hold himself and his people in such esteem—but shouts this esteem from the mountaintops. The sixties bore enough blood on their hands, so they sought to it that Ali bleed a slow death for decades. A living death that reduced Ali to a figure quite oppositional to the flamboyant, and gallant king to which the  black community invested ambitions, and wishes for themselves, their children and their people.

I believe something similar happened to late singer Prince. When Prince broke from his white masters and assumed ownership over his music and refused the huge transition from physical to digital, his actions also warranted a slow bleed toward a 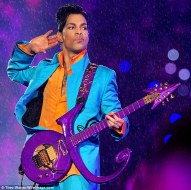 seemingly sudden and surprising death. Prince’s contribution may not have matched that of the civil right’s leaders of the 1960s, but Prince’s views on economic independence mirrored the teachings of black nationalism and thereby posed a threat to an industry that solely seeks to enslave black talent.

So it seems in direct accordance that Justice Sheila Abdus-Salaam, the first African-American woman appointed to the Court of Appeals, would also be found dead under mysterious circumstances. For those unfamiliar with the story, Justice Sheila Abdus-Salaam, was found floating in the Hudson River in Harlem, New York this past April. She was sixty-five, newly remarried, and a legal pioneer who worked her way up the legal ranks in New York City. 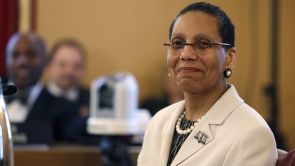 Although initial claims rendered Abdus-Salaam’s death “suspicious,” the white media quickly shifted the suspicion onto the victim– an age-old move that illustrates white America as a villain without remorse.  Namely, a woman placed on the bench to produce sound decisions, is now depicted as mentally unstable.  An interesting paradox given the extensive vetting that had to accompany such a revered position. This report serves as a means to close the investigation surrounding her death and subtly justify why black women should not occupy such positions.

It was additionally troubling to witness the white media try to substantiate claims of Abdus-Salaam’s mental state by claiming that her mother also committed suicide. These claims were eventually unveiled as untrue. 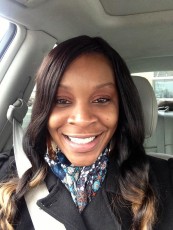 o the stealth slaying of twenty-eight year old Sandra Bland, a young black woman pulled over for failing to signal. She was dead hours later. Similar to Abdus-Salaam, Bland’s death was initial regarded as “suspicious” but eventually ruled a suicide. The media then worked to produce a pattern of black female suicide  to suggest normalcy in the murder of black female bodies in prisons.

Like Bland, in processing Justice Abdus–Salaam’s fate one can only ponder  the real story. Who did she anger or threaten to the extent that she had to be eternally silenced?

“Those of us who loved Sheila and knew her well do not believe that these unfounded conclusions have any basis in reality.”

This is the tragedy that consistently befalls the black collective—being at unrest regarding the details surrounding the transitions of our heroes and loved ones.

Suspicious details like the late judge taking the day off from work prior to her murder and footage of her walking alone in the late evening, sounds as if someone  knew of her whereabouts and sought to make a midnight run look like suicide. But to contemplate the murky and select details forwarded by a white media, is to drive oneself into a state of insanity. But, it is without hesitation that I second the claims of Justice Abdus-Salaam’s family. Justice Abdus-Salaam did not take her own life. Her death functions to remind the black collective that the current war on Muslims, does not deviate from the ongoing war and induced genocide of African peoples.

The elimination of the black radical, revolutionary or self-thinker is social necessity of western society. Whether exiled like Assata Shakur or mysteriously diseased like Muhammad Ali, the black body who dares to assert his or her power becomes a public spectacle, and canvass for white cruelty. The black radical, revolutionary or self-thinker, is not threatening a singular presence, but incurs a fatal risk in inciting others to their cause.  Although implemented to evoke black fear, these actions are ones of survival and reflect white fear of black excellence.

For too often, fear encouraged the oppressed black body to choose life over physical death under the false premise that they “ have too much too lose.” Is a salary, car, or white friends, worth your integrity or the integrity of your people? Thus, revisiting these murder mysteries unveils a telling pattern.  Commonly, the slain black bodies mentioned exposed the severity of white supremacy—with ambitions to awaken their constituency to the realities of their oppressive hypnosis. Should we all be all be so lucky to live with courage and purpose. 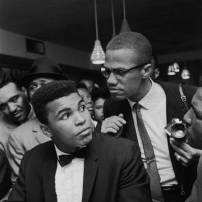 The good die badly, because to be good in a bad world is to dispel the myths that disease the innately superior into an inferior mindset.

The good must die badly to take on a romanticized persona that depicts “what could be” as an impossible feat only visited in memory.

Just like the myth where the boy flies to close to the sun and his wings melt off prompting him to fall to his death—the black body who comes too close to exposing the truth for all to see must die a horrible death. He or she must fall from the height of consciousness in death, disease or exile—damning the masses to seek refuge in ignorance and or mediocrity.