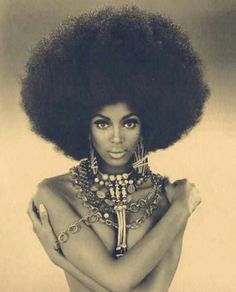 After my first semester of teaching I was invited to meet with the department chair, a frumpy, middle aged- white woman who treated me like white retailers have my entire life–as if my presence depreciated the value of the company. She arrived over thirty minutes late for my meeting, a fact she would casually disregard when pushing me out of her office not even ten minutes later. Her actions stated that I did not belong, despite the fake and almost nervous smile worn as an effort to melt my stoic expression. In those ten minutes she’d gloat about what she considered “bad” student reviews— an attempt to break me down into a negro in need of a fictive white brilliance to step into the role of woman. This was the same woman who failed to provide me with the room number for my class and made it so that I received my first check shortly before midterms. I was invisible until something seemingly negative surfaced, then my black female body became a canvass for white shame, a means to bludgeon me until my  posture slouched in defeat. For white functionality is solely rooted in black inferiority, no matter how hard the white body must work to make their fictive superiority a reality.

The contemporary black female body exists in the shadow of her ancestors, only seen in instances of negativity, because to acknowledge her in her beauty and brilliance is to threaten the false esteem of her oppressors. Sadly, the same is true for the melanated individuals referenced interchangeably with those black in body and mind.  In conversations or simply in the presence of melanated folk, the black woman is ignored if not overtly deficient in one way or another.

Objectified in a manner similar to the block female slaves who stood on auction blocks while owners and overseers described their important, salable parts, the black woman whose naked bodies were displayed for whites out social function had no presence. They were reduced to mere spectacles. Their body parts were offered as evidence to support racist notions that black people were more a kin to animals than other humans (hooks 62).

Just like the Saartje Baartmans of the past, the black female body remains a dismembered presence that only becomes visible to prove white superiority. The black woman is commonly shoved, reached over and ignored in quotidian activities from riding the train to grocery shopping. However, if wearing a garment where her protruding backside is visible, or her breasts or legs are exposed, she assumes the hyper visibility of her ancestors cast along the auction block, dismembered by the white male gaze and itemized for white male consumption.

I write this post in hopes of enlightening the black female and even black males to embedded expectations that subconsciously recruit us as soldiers of white supremacy. Namely, many blacks have also grown comfortable with caricatures blackness and downcast their own for failing to embody the necessary imperfection to seem normal in our western setting. This imperfection is commonly conceptualized in labeling the black female body a “bitch” or “whore.”

A student called me a bitch for the first time this semester. I’m actually pretty sure I, like my sisters throughout the diaspora,  have been called worse, but this was the first time a student had rendered an expletive to my face. Following hurling the expletive my way, the student proceeded to talk over me until storming out the classroom and reporting to the dean.

The cause of the altercation you ask? I simply asked the student a question.

Like clockwork the dean shows up a few minutes later asking to see me. An act that festered the very authority challenged by my student. After dismissing my class I went to visit this middle-aged white women with a foreign accent, short haircut and slightly abrasive attitude. She asked me what happens and becomes overtly agitated when I disclose that the student called me a bitch. She then rolls her eyes, sighs and asks me to prepare a written statement. Although I had been disrespected twice that morning, once by the student and again when the director came to remove me from the class like a misbehaved student, it was me who had burdened her. In producing a response to the query she asked me, I cast this poor woman as the victim  because she would now have to draft some paperwork.

“You have to be very careful how you address these students.”

“Be careful.” she said, with her eyes locking intensely with mine, embedding a slew of words she wished to say but could not.

The exchange was a vindictive display of power by a being disinterested in both my and my student’s well being. All the director saw was money. So instead of engaging my comfort in returning a student who blatantly disrespected me, my other students, and most importantly herself, it was without discussion that she would return to the class.To the director I was salt thrown in the would of a battered ego. I, like countless other black bodies cast throughout the diaspora, had become too visible in a space solely desiring my invisibility. To lure students into an invidious state, is to insult the white bodies who wish to be the sole source to evoke green from a black a gaze.

This is an unexpected example of black females being asked to be less of themselves to not fester insecurity in their counterparts, who must remain subjugated for whites domination.

Similar are the conversations that surround the black female body and romance. The black female body is commonly compartmentalized as “intimidating” if failing to exist as the a caricature, or controlling image like the mammy, jezebel, sapphire or tragic mulatto.

The strong black Woman is too independent to appease the male ego. The angry black Women too abrasive for the masculine pride. The beautiful woman is too high maintenance and too tenable, the educated woman too intellectually elevated to have her feet planted firmly on the ground.  The black woman can seemingly not win when it comes to possessing attributes that extinguish a caricatured identity and propel her into a state of hyper-visibility.

Just as the directors sought to admonish with the words “be careful” the black woman is often issued a similar warning in being told to re evaluate how she carries herself. She is to exist to make others seem bigger in comparison to her smallness. To other blacks she is to encourage them to aim low and garner some attribute of a subjugated being.

The black body, if not dwarfed by the ax of white supremacy is nurtured to bend in order to fit through doorways–rather than build their own structure to which she can strut through in her prodigious state. The only thing the black Women is, is too stereotyped. If too pretty, too smart or too successful the white and other persons of colors typically aim to discount blackness with other races or ethnicities to eschew diversifying their perspective on black people.

Seemingly a lifetime ago I worked as a customer service representative. I worked alongside a beautiful sun kissed woman, labeled difficult and unprofessional. She was helpful in teaching me the ropes and aiding me with difficult customers. The issue was not that she was difficult, or unprofessional, but that she refused to be invisible in instances of overt racism.  I recall an incident where a white “businessman” yelled at us to complete his task because “he had things to do.” He had dropped his item and demanded that I get on my knees in a dress to obtain his item. My coworker came to my defense and we were both reprimanded in consequence. To our oppressors were were not wronged, but in the wrong for refusing the demands of an oppressor. Where oppressors see green, the conscious gaze sees racism.

The black female that escapes being labeled the bitch (or in addition to this label), is often compartmentalizes as a sexualized object. This is not to say that the black female body fully escapes the negative connotation as a difficult being, but that the white gaze conceptualizes her sexually. This may sound complimentary to those who falsely equate a sexual gaze to an appreciation of beauty. A sexualized gaze means black female bodies are seen in correspondence to sex, i.e. concubines or asexual beans. Beyonce, Rihanna, etc, are black women who maintain relevancy because they are seen as sexualized objects. All the hype surrounding Beyonce’s fertility, or Rihanna’a latest partner, both reflect a fascination with black female genitalia. This fascination also functions in the reverse. Black female bodies lacking conventional attributes that would deem them overtly sexual, become demonized. Examples are Serena Williams, Wendy Williams, Gabourney Sidibie, etc, women who because of unconventional features are deemed beasts by the true beasts of the western world. Whether hyper sexual, de-sexualized or a bitch, the black female body continues to surface as a female subjugate by her white male oppressors.

The dark girl is continually required to dim her light to ensure the comfort of the world around her. If  the dark girl  fails to bow her head in the face of racism she is a “bitch” and “difficult,”  If the dark girl’s sensuality proves impossible to ignore in the western terrain, or she bears multiple children in the face of white female infertility she’s a whore, or welfare mother who’s untamable sexuality bills the white collar world. She is not to shine her light too brightly.  We are the stage, not the performer, the words not the song, the pedestal not the recipient.

To shrink to western expectation is to forfeit the “stand out” quality that is the black woman. White supremacy is quite similar to how the western world has been nurtured to conceptualize the moonlight– whiteness that illuminates along darkness. Without the dark sky the moon and the stars do not glow. Rather than be a beacon for those who glow against our background, it’s time that the black collective become entranced by our own glow.

Dark women are the true light of the western world. We are the moon, the sun, and the stars. Moreover, we need not look out the window to see the glow of the moon, we must simply look within.