Rapper Jay Z, who this piece will refer to by his given name Shawn Carter, provides a formidable discourse for contemporary “wokeness” on his new track “The Story of OJ.”

Carter begins his popular new track “The Story of OJ” with the following: 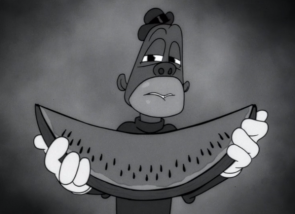 In a new track “The Story of OJ” Jay Z raps about OJ Simpson and his distance from blackness in his accolades and conventional success. What is ironic and almost comical about this song is that Jay Z speaks about OJ Simpson as if he is not a replica of Simpson, in possessing a black male ideology that is black only in appearance.

The song discusses topics from gentrification to the unblackened celebrity, hoping to paint the veteran rapper as a woke man using his platform to preach the gospel of systemic racism to a fanbase plagued by its wrath. His actions, while convincing to those seeking a hero, proves unsuccessful to those truly conscious of the collective ideology that the rapper represents.

What Carter illustrates in his latest project is that it is now cool to be black. It is cool to verbalize what the black gaze has seen for centuries, but as Carter illustrates, this talk must yield no action to be in the spirit of contemporary wokeness.

For example, Carter comments on Jewish ownership in his song, a lyric that exposes the Rapper’s business savviness. However, this knowledge obviously escaped the rapper in his creation of the Kalief Browder documentary in which he worked alongside a Jewish production company. Surely a man of Carter’s stature has enough connections to employ his own to render a proper black narrative. The shallow demands of wokeness however allow him to both acknowledge and acquiesce to the oppressive dynamic of western culture.

The song also focuses heavily on money, on material and not the systemic ideology that gives money its power. For this reason the song is a superficial engagement of concepts and topics central to the disenfranchisement of black people on planet earth– a definition identical to that of contemporary wokeness. Moreover, Carter’s desire to occupy the state of his oppressor betrays in the paradoxical use of the term “n*gga” in his song.

This hook dominates the song and rings in the ears of all who hear the song long after its final chord. The lyric appears to say that despite what other adjectives may accompany the discussion of a black individual, the black collective commonly accompanies the term  “n*gga.” This point, while banal is significant nonetheless. Yet, it would be remiss to not point out the omission of the “-er” from the traditional expletive in this song. The word spelled with an “a” is a weak attempt to reappropiate racism in a manner similar to the white supremacist’s reappropiation of slavery from sharecropping to student loans.

Yet, towards the end of the song Carter states “me and my n*ggas” illustrating his proposed discourse as solely a means to capitalize on what’s “in.” It also exposes a the seemingly necessary paradox of contemporary “wokeness” the desire of the conscious to become their oppressors. 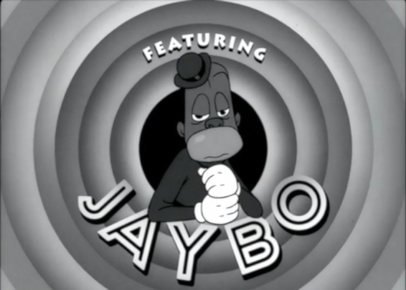 In the video, Carter performs the oppressive gaze, renaming himself “Jaybo” a figure reminiscent of the sambo caricature of black masculinity. Caricatures dominate the video,  illustrate how the white gaze compartmentalizes black bodies as grotesque to maintain ideologies of their superiority.   Nina Simone, whose track is sampled for the song, surfaces to imply the necessary “deepness” as her voice is the gospel to contemporary wokeness featured in everything from television series to concerts, evoking a cognitive dissonance to all those truly cognizant of Simone’s struggles and artistic narrative of black life. The most moving moment in the video is the caricatured rendition of the 1968 Olympics where Tommie Smith and John Carlos threw up the black fist after winning the Gold and Bronze medals. This is perhaps one of the most moving acts of black pride present in popular culture—past or present. With this song and video, it seems Carter attempts to paint himself in their revolutionary image. However, unlike Smith and Carlos who had to sacrifice their accolades, Carter as an agent of contemporary wokeness, will not do the same. The shallowness of contemporary wokeness simply does not require him to.

After twenty years in the industry, with millions in the bank, his legacy already established—far removed from his humble beginnings, Carter looks down on the perils of blackness seeking to exercise the power of black, not exude or even seek black power.

Despite being a black man born from the base of white supremacy, Shawn Carter is a melanated narcissist, who uses his riches and platform to voice his own injustices as isolated incidents. He created Tidal because he felt he was being ripped off by Apple—not as an initiative to grant artists access to their earnings. Similarly, in past song “On To the Next One” Carter refers to the company Kristal as “racist” after the company appeared less that flattered to its “baller” consumers.  The collective means nothing to Carter, like it meant nothing to OJ or any of the countless black bodies who feel that acquiring fame and fortune cures them of blackness. Carter. as a man born from his circumstances, has to understand the detest most hold towards black people. Thus it is not the low regard of blacks that bothers Carter, but the audacity to be labeled one of them.  So while he mocks Simpson for being “OJ” not “a black man,” Carter feels that he is not the average rapper, he’s Jay Z. Carter epitomizes the black male who understands racism, but does not wish to abolish the system, but possess the system. He does not wish to aid the oppressed, he just wishes to not be one of them.

Moreover, the song “The Story of OJ,” Carter accidentally exposes the true motives of the woke activist. The contemporary woke movement is not like the 1960s were our leaders, and their supporters did not wish to become white, but to dissolve the poisonous ideology of whiteness.

So why exactly is this a problem?

The issue is that nothing has changed. Being black has simply become a means for many

to become and remain relevant. Being “woke” is a new trend that engages the depth of systemic racism with a superficial focus. The discussions are shallow and non-productive, as they lack resources, research, and a scholarly perspective. The conversations are contentious only with hopes of going viral. The woke era produced a wave of pseudo activists who scatter like roaches in mixed company, or retract their statement to earn or maintain monetary gain. The woke are those who would die for money, or for a few moments in the spotlight, not for the good of the black collective. Contemporary activists and representatives are often the off spring of white parents, the spouses of white people, the employees of white people, or those who simply strive to achieve an illusive whiteness. Wokeness, it seems, bears a close proximity to the western construct of whiteness and white people.

Following the 2013 verdict of the 2012 murder of seventeen year old Trayvon Martin, there has been a wave of “wokeness” in American culture. This wokeness, embodied by organizations like Black lives Matter and public figures like Deray McKesson and Shaun King, spread like an epidemic throughout the Americas. It was not only cool to be black, but it was cool to be black and proud. The natural hair movement was going strong, birthing countless black owned hair companies which dominate wholesale retailers like Target, presenting an image similar to that of the 1970s with no demand for an actual conscious spirit. In perhaps the most tense period since the 1960s, the world seemed to finally set a stage for black pride. Or did it?

In the rise of the “woke” era the world watched the KKK, or K—— (I refuse to give this family any publicity) clan go from silver to platinum status as a family who too possesses a pseudo black pride in their use of black bodies as accessories in the crime of cultural appropriation. We also saw stars like Beyonce and Jay Z crawl from beneath the cloud of illusive whiteness to openly discuss racism to maintain their fanbase by seeming to “feel” their pain.

Popular figures occupy positions at a fictive pulpit, articulating the struggles of black life while draped with symbols of white wealth, drinking their ancestors blood as they walk proudly over their unmarked graves in shoes that cost more than a year’s salary. Yet, they have not acquired freedom, rather they have been acquired by white supremacists exercising their freedom. 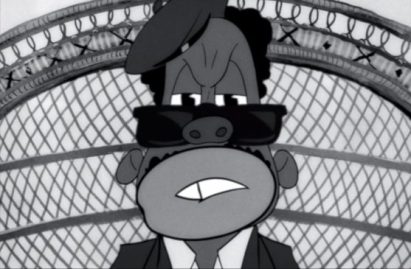 Yet, despite the facade of contemporary wokeness, the greater ambition is not to awaken a black consciousness, but to awaken to a world where white supremacy is more inclusive or more kind.

This is not revolutionary, its chicanery.

Gavin Long and Micah Johnson, two young men that acted in the same revolutionary fervor as the late Jonathan Jackson, and Nat Turner, are discarded as military casualties that acted out of line. To most they should have simply vented on Youtube or on Facebook live. They acted in  a world solely about talk. They exposed being “Woke” as merely sleepwalking so they and their legacy were buried in the necessary oblivion to breed superficiality.

So while “The Story of OJ” booms out of speaker of cars cruising in the summer humidity, the lyrics fail to resonate with the few who are hopeful for actual change. The conscious gaze knows and understands that “The Story of OJ” is the story of Jay Z, and the unspoken lust many within the black collective have with acquiring western funds and visibility. Carter and his woke counterparts illustrate that to be woke is to understand that the black collective as a whole are inevitably conceptualized as “n*ggas”, but to accept this fate and seek to entertain our oppressors, in pursuits veiled as progress.

So to those who like the song, do you love blackness? If so, then neither the song or video turns the page in our narrative.