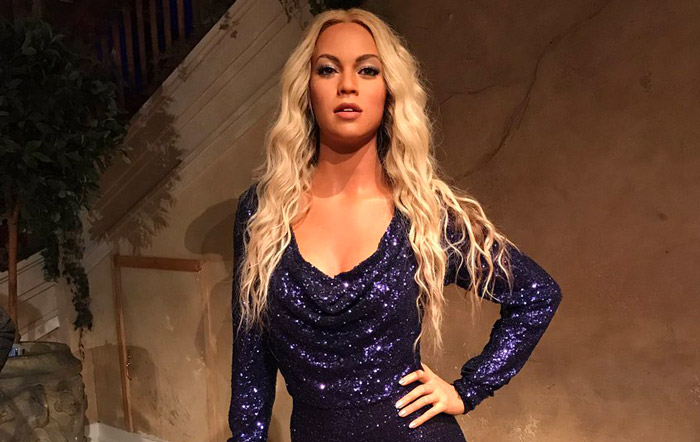 A wax figure of global star Beyoncé made headlines this week for its supposed white– washing of the talented star. The figure– fair-skinned with a pinkish undertones, small features and the star’s famous long blonde locks, offended many who believed the stature resembled an unknown white woman and not the beloved pop star. The outrage resulting from what many deem a “white-washed” image of the talented star unveils the greater portion of the black collective as blissfully oblivious to the acts of racial terrorism cast onto our community in past and present popular culture.

Simply put, the outrage regarding Beyonce’s wax figure is a delayed reaction. The image does not resemble Beyonce simply because the black collective has been nurtured to see her as black, whereas her cross over appeal lies in her ability to not be too much of anything. In short, this wax figure depicts how Beyonce functions in a world that makes her visible to enslave not inspire the black woman.

Let me state that I am a Beyonce fan. I’ve been to many of her shows and enjoyed each one. She is beautiful, talented, and humble. She is also a tool used to lure black women towards whiteness.

Yes, Beyonce is obviously a black woman. Her “blackness” however, is easily deemed beautiful because her image–a skin complexion, which has grown lighter and lighter over the years, in addition to her always blonde locks, acquiesce to standards of conventional beauty. Also, in a world where a size two is plus size, Beyonce is “voluptuous.” But compared to the average woman, Beyonce is noticeably smaller. She functions as an image of perfection for black women—bearing what contemporary media tells us is the best of both worlds: fine symmetrical features, long hair, longer legs, with big hips, a curvy derriere and full lips.

Beyonce demonstrates the danger of beauty to the black collective. Systemically compartmentalized as ugly for centuries, the black female collective desperately seeks to grasp conventional beauty —to possess it in a manner deemed impossible by western ideology. Beyonce is a means for many black women to encompass this beauty, to prove to us that beauty is compatible with the intersectionality of blackness and femininity.

Prior to a few years ago, there was no black princess. This is likely due to the fact that Walt Disney was indeed a racist, a fact obvious to anyone who has revisited Disney as an adult and witnessed the racial undertones overlooked as children. Beyonce is this black princess and the queen as adoringly referred to as “Queen Bey” by fans. Queen Bey functions symbolically,  seducing the black female psyche into believing that they are a leading lady in a western fairy tale.

The magic black women associate with Beyonce is what many black women fail to see in themselves. She is the Jesus-like figure to those seeking someone, anyone, to believe in but themselves. The wax figure shows the black woman who she has been singing along too and secretly wishing she was all these years. This wax figure does not resemble the mothers, aunts, grandmothers and cousins of the Beyonce fanbase, but neither does Beyonce. The wax figure, in the horror it prompts from fans provokes an outrage the black collective should have had when the white media handed us a fair-skinned, blonde haired “black” woman and not only labeled her beautiful but as the apex of black female 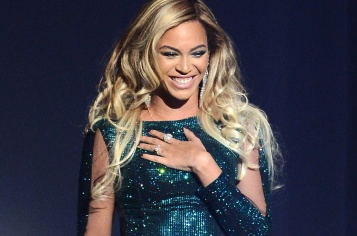 But Beyonce, despite her talent and southern charm is far from an ally to black women. In fact, Beyonce for all intensive purposes is a wolf in sheep’s clothing. Namely, she functions to promote white aesthetics through a black body.

Beyonce is also an integral tool in bolstering the image of the hyper sexual black female, illustrating that despite beauty and talent, the black woman must shake her derrière in barely-there costumes to achieve conventional success. 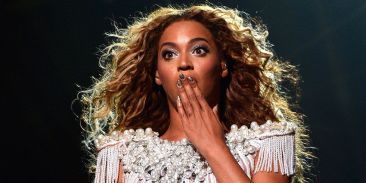 To the conscious gaze, perhaps what is most off-putting about the wax figure is how masculinized a tokenized figure of femininity becomes under an uncensored white gaze. This illustrates that while the masses argue over whether the wax figure is black enough, the true query remains whether or not the black female body is human enough to be woman. This androgynous representation, illustrates the black woman as obtaining a proximity to whiteness in hair and figure but issued the genderless state of her ancestors  with a face that suggests a thwarted transition to “womanhood” negated by her African ancestry.

So, the issue is not the statue itself, or Beyonce as an individual. Beyonce is a gorgeous and talented woman. Her functionality however, is noxious to black female identity.  The issue is that it took a grotesque representation of the starlet, to see what Beyonce’s been all along. Beyonce is popular because she is what so many black women wish they were, fair-skinned with long light hair, light eyes, slender but slightly curvy and unbelievably wealthy. She is the ambition, the aspiration and the dream of the unconscious black woman who sleepwalks her way right into arms of white supremacy to the beat of a Beyonce song.

I personally hope the wax figure left unmodified,  as this is seemingly what it takes to awake the unconscious.

3 thoughts on “The Beyoncé Wax Figure: White-Washing and the Blind Gaze”