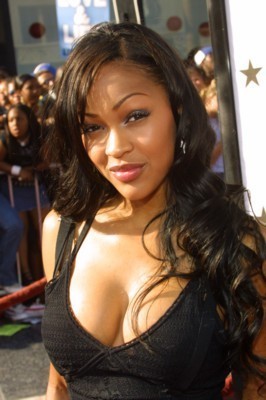 This is statement that I grudgingly used to believe to be true in comparison to the white women often pursued by black men. The truth is, black women are beautiful period. So whether paired with a white, mexican, asian, latino, or racially ambiguous man, the black woman man is bound to seem superior because her beauty is a fact not an anomaly.

The statement “White men go after pretty black girls” exists and functions on the belief that black is not beautiful. It implies that all black women are not beautiful, but the beautiful few are gorgeous enough to catch the eye of white man. In reality, it is the proximity to whiteness that functions to depict the conventionally unattractive black woman as beautiful. 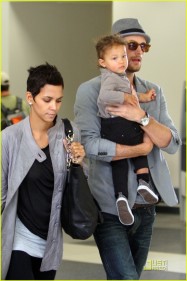 In evaluating the ever-present force-feeding of interracial relationships to black women. It is interesting to note the role of aesthetics. This analysis come to me in thinking of Halle Berry, the famous actress praised for her beauty. Despite garnering extensive acclaim for her beauty, Berry seemingly lost esteem after selecting a white mate who would ultimately father her child. Notably, these decisions predate the contemporary fixation of black women in relationships with white men.

Berry’s relationship with Olivier Martinez did occur during this time, but failed to garner the attention of Serena Williams, Tika Sumpter, and Youtube stars Nikki Perkins of Jaime and Nikki, Gabe Flowers of Gabe and Babe TV and Ami McClure, black mother to the biracial McClure Twins. The black woman- white male dynamic dominates much of the modern depictions afforded to black women. This dynamic culminates careers and raises black women from obscurity to the height of fame and fortune. For example, Gabe Flowers went from a regular job to starring in Walmart commercials, Ami McClure went from amateur modeling to the morning news and Nikki Perkins went from a resigned model to the BET red carpet. Commonly, all women are paid to live their life on camera–as black women married to a white men  Commenters on message boards are often rebuked for questioning whether or not these women would garner a second glance if not one half of an interracial relationship. 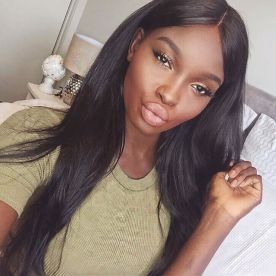 The answer is of course no. Their visibility and conventional accolades exist because of the general belief that black is not beautiful.

These interracial couples, illustrate that unconventional black beauty can however be beautiful when issues increased proximity to  whiteness. This only works when the black female is not conventionally beautiful i.e. not bearing long hair, a looser curl pattern, fair skin, svelte body, or an extensive education,  because when she is—soliciting a white man betrays the “beauty” of blackness as co-existing with the superiority of whiteness, and thus appears pretentious not proactive in fomenting the myth of black inferiority.

The conventionally beautiful black woman, an aberration to those plagued with the

mental illness of white ideology, is viewed as a traitor to blackness in soliciting a white or non black mate. In order to properly engage a black demographic to platform her portrayal of Olivia Pope on ABC’s Scandal, actress Kerry Washington had to marry a black man and have black children. Revered for her beauty, poise and intelligence, Washington possesses the conventionality that when paired with a white man actually enforces the idea that black is beautiful and therefore deserving the connotation of white superiority as their presumed equal. We do this dynamic as true in Washington’s first relationship before she was revered as a beauty icon, and on Scandal–a fictive series. The relationships between black women and white men function to illustrate white men as “forgiving” the curse of blackness as ugly and overall inferior. Thus, this dynamic does not function when the black woman possesses conventionally superior qualities. 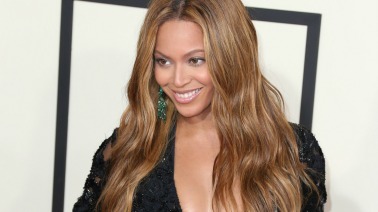 The black woman is of course a superior being regardless of how she looks, how much she makes, or any other attribute enforced by the white world. However, the belief of white superiority anchors the popularized black female white man dynamic. This dynamic, to the gaze hypnotized by white supremacy, illustrates the black woman as resurrected from undesirability to an ethereal being who can conquer the world with the beauty granted to her by her by the white male gaze.

Some will contest my argument and point to Iman and David Bowie. But Man, a model imported from Africa is as tokenized in her marriage to Bowie as she was as a model. Iman’s image surfaces to paint black abduction from African to America as positive and their sexual relationships with white men as reflective of black female desire not coercion. Iman’s popularity stems from a distorted appropriation of the term “black is beautiful,” illustrating that black is beautiful when tokenized by the white gaze.

black (ish) women who is married to a white man. To this I say that Harris’ interracial union  performs another function–to deem her blackness approachable and non-threatening. Harris could have never been a Gabe Flowers or Nikki Perkins, simply because her presence functions to illustrate the black female as just as womanly if not more so than a white woman—a factor that is counterproductive to preserving the fictive superiority of white people. Kamala Harris illustrates that black is beautiful when the black body does not derive from a black woman, and must “forsake all others” to uphold her contractual bond to her white husband.

revered for their beauty, prove that black is indeed beautiful and therefore must have a black spouse to not challenge ideas of white superiority. While all women of a darker hue compared to their white female counterparts, all women due to their “safe-brown” complexions, and relatively small features are able to appease conventional standards with or without enhancement, which proves dichotomies to their swirling counterparts.

In contrast, singer Janet Jackson, although a beautiful woman, wears her conventional “ugliness” in a face that has been sliced and diced. She is beautiful, but her image functions to discount the inability of beautiful black women to see their own beauty and therefore places her in the same boat as those presumed to lack conventional beauty. She bears the sickness of self-hatred that functions to illustrate fictive white superiority as fact.

Yes, the conscious gaze knows that black love is revolutionary, but in a global white supremacist context, black love is a union between two base beings, kissing in the presumed corruption and curse of their blackness.

I can imagine that this post probably comes off superficial if not frivolous, and if I am 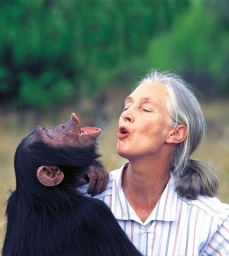 honest its perhaps more alarming if it did not. To this I ask you to reacquaint yourself with Jane Goodall, the white woman who garnered fame and fortune for demonstrating that chimpanzees could be tamed. Goodall symbolizes the intentions of whites, or non-blacks in interracial relationships with blacks–to illustrate their ability bring out the beauty in a beast. Let us not forget that it was the chimpanzee’s openness to Goodall’s touch that supposedly showed their ability to be tamed. Had the chimpanzee been praised for its aesthetics and behavior, Goodall’s exploitation would not have been successful. The same can be said of whites (and non-blacks) in their relationship with members of the black diaspora.

To most, art imitates life, and certainly there are number of instances where this is indeed true. However, as targets of systemic racism, it is imperative for blacks to note that life imitates art as a form of control. We are presented with images to which we subconsciously or consciously emulate and use as a fictive measuring stick for our lives.

It is also prevalent to implement what WEB Dubois labeled double consciousness. To assess portrayals of black bodies in popular culture, or white media is an essential form of double consciousness because as Carter B Woodson once said “if you control a man’s thinking you know what he’ll do..” Analyzing black portrayal betrays white thought and can better predict white behavior. Perhaps most importantly, critically contemplating popular culture unveils the extent and strategy of white evil—an attribute that continues to be vastly disputed and overlooked by those most wounded by its wrath.

Take notes and beware my people.

The cure to this issue lies in denouncing individual beauty. By this I mean ignoring the significance of mirrors and knowing the collective beauty of black beauty without a mirror. In assuming a collective beauty, any and every woman of African origin will know her beauty without a mirror and not see personal idiosyncrasies as flaws but as necessary to complete a masterpiece. 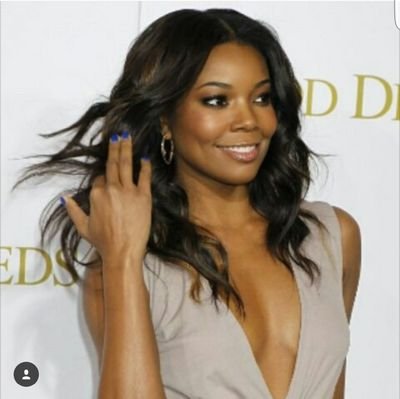 In reasserting beauty it is also important that we as black women decide who our beauties are. The commonality between Halle Berry, Beyonce, Gabrielle Union, Kerry Washington is that they were black beauties designated by the white world and used to lure the black female collective to concert venues, movies, and sitcoms that reek of anti-blackness. By allowing the white world to determine black beauty, beauty becomes a weapon used against black women. These tokens of beauty exists to prove that black beauty is an aberration, an anomaly only countered when the white world opts to recognize black beauty. In implementing black beauty as a universal truth, all black women, not some, are beautiful. Therefore, there are no such thing as “black beauties” as blacks in their entirety are beautiful.

Furthermore, we, the black collective, must refrain from behavior that is unassumingly anti-black. Veiled anti-black terms or phrases yield anti- black behavior that prove counter-productive to the advancement of black people.  So I am asking that we denounce individual beauty, and replace it with an ideology that perceives the black female body as collectively beautiful.

If black is truly beautiful, then let  we as a collective must allow this be to true. This phrase in pro-black form is inclusive for all those who identify as black, not exclusive to blacks who bear conventional traits. There is power in redefining how we use this assimilatory language. No, beauty may not be a kemetian term, but it reflects a shared kemetian trait.

Black is beautiful. Let us not only say it, but believe it.

5 thoughts on “Black is Beautiful… or is it? Examining Black Beauty as a Tool of Systemic Oppression”