It is just over twenty-four hours after Mr. Dick Gregory’s family released a public statement informing the world of his passing. Just twenty-four hours, and Gregory has already faded into the background of a culture who pretended to mourn Gregory until a more prevalent white issue arose. In life, Gregory would have predicted this abjection by a culture who have, for decades, anticipated his demise.  The white world regards Gregory’s passing in the same way it recalls the black contribution to America in the history books. Thus, Gregory’s dissolvement, is not accidental but purposeful in mirroring the collective amnesia induced by white supremacists to maintain their fictive superiority. 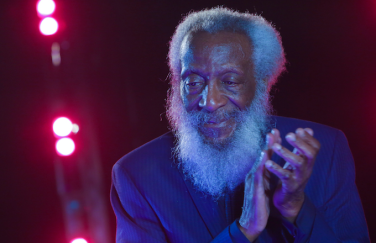 Few live a long life entirely dedicated to overturning injustice. Often one endures the temptation of an enslaved mindset for a least a few decades before stumbling onto a journey to consciousness most fail to complete. The late civil rights activist Dick Gregory illustrated that fighting for injustice need not be separated from how members of a collective makes money. Perhaps this is why the phrasing ” A Comedian who found humor in the civil rights struggle” seems an oversimplification if not an insult of Gregory’s life.

Gregory, an outspoken and unafraid figure of black masculinity, illustrates in his tragedies, choices, a decision to chase greatness despite the circumstances handed to him by a purposely imbalanced system.

Gregory’s contentiously titled Autobiography Nigger, is a perfect depiction of human experience flawed by implicit and explicit racism– a masterpiece in its candid and analytical examination of the black experience. Gregory’s autobiography is a poignant piece, that makes readers cry out of sadness, pride, and familiarity. Gregory’s audio biography illustrates the essentiality of blacks narrating their own stories  to document a shared experience, and expose brethren throughout the diaspora to the many folds of blackness. 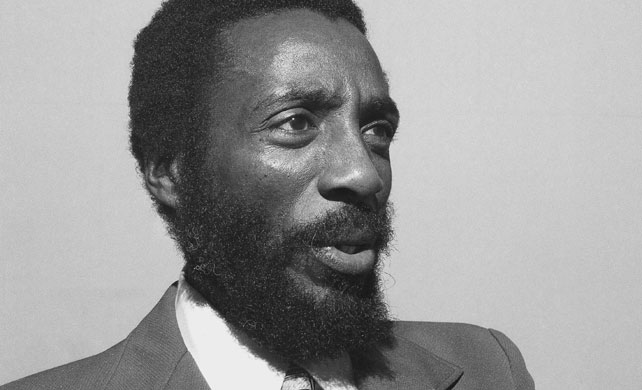 “Shame,” is a chapter of Gregory’s autobiography that I often teach in my writing classes. It’s a detailed excerpt that uses the personal to paint a collective portrait. Gregory writes, “I never learned hate at home, or shame. I had to go to school for that.” In the excerpt. Gregory illustrates a heart-less white female supremacist teaching a young impoverished black boy shame.

Covertly, Gregory’s anecdote illustrates how the white supremacist world teaches blacks to feel ugly feelings like shame as a facet of oppression. This story reminds blacks that inferiority was never innate but conjured by those who eat their dinners off our backs. While Shame is a formal narrative of black innocence stripped away by white evil, Gregory was an informal narrative–a beacon of knowledge who taught in how he lived his life.

Extracted from his autobiography, here are five lessons from the late Dick Gregory.

My dollar was bigger than his because nobody knew I had mine.

Poor is a state of mind you never grow out of, but being broke is just a temporary condition
Teachers were never interested in finding out that you couldn’t concentrate because you were so hungry, because you hadn’t had any breakfast.

The Negro church has always meant a lot to the Negro—it was his club, his social life, a place where he could forget about The Man downtown. For me, then, it was a place to get all wrapped up in a God who was stronger than any teacher, or social worker, or man who owned a second-story window. 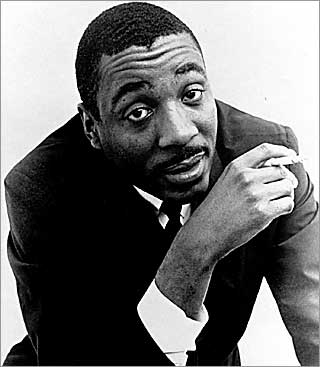 Once you get a man to laugh with you, it’s hard for him to laugh at you.

How could I explain how I felt the day a white history instructor wrote the word Negro on the blackboard and spelled it with a small n? At the end of the hour I went to the board and erased the letter and wrote in a capital N. Everybody stared and nobody said anything about it.

When white folks call you mister you know something is wrong. 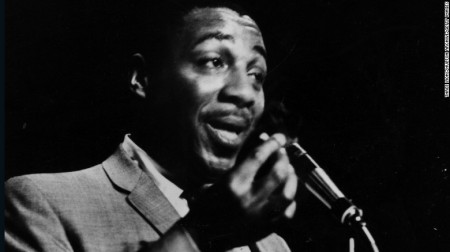 That piece of white paper isn’t enough unless they graduate you with a white face, too.

That’s why it’s so important to be nice and polite to people. You can never tell when you’re going to meet your future wife.

The harder that white man laughs, the harder he’s saying, “I’m all right, boy, it’s that Other Man downtown.”

I was learning that just being a Negro doesn’t qualify you to understand the race situation any more than being sick makes you an expert on medicine.

“Who you calling a monkey? Monkey’s got thin lips, monkey’s got blue eyes and straight hair.”

I was sitting on the stage, waiting to speak, when the bomb came flying through an open window. It hit a man on the head bounced off a lady’s hand, then rolled to the middle of the floor…We found out that the bomb had been a special US Army gas grenade, more powerful than tear gas, which could have killed the people nearby had it gone off…And people were surprised a few months later when they blew up that church in Birmingham. 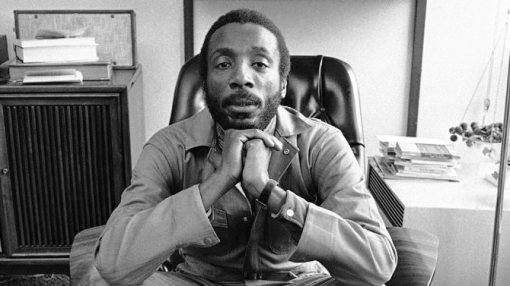 They told me there was very little racial prejudice in Hawaii. Like a woman is just a little bit pregnant.

In 1952 I was a welfare case, and in 1963 I was on a list of famous men. In America, with all of its evils and faults, you can still reach through the forest and see the sun. But we don’t know yet whether that sun is rising or setting for our country.

It always amazes me to see how the southern white folks will knock themselves out, pose all kinds of things to slip into a Negro meeting, and we haven’t gotten around to wanting to slip into a Klu Klux Klan meeting.

Every white man in America knows we are Americans, knows we are Negroes, and some of them know us by our names. So when he calls us a nigger, he’s calling us something we are not, something that exists only in his mind. So if nigger exists only in his mind, who’s the nigger? They laughed and they clapped. Now let’s take it one step farther. This is a Bible here. We know it’s a book. Now if I sat here and called it a bicycle, I have called it something it is not. So where does the bicycle exist? In my mind. I’m the sick one, right?

Those four kids who were killed in that church in Birmingham, they weren’t demonstrating. You don’t have to participate. Just be black. 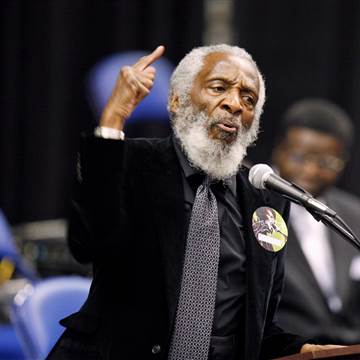 You didn’t die a slave for nothing, Momma. You brought us up. You and all those Negro mothers who gave their kids the strength to go on, to take that thimble to the well while the whites were taking buckets. Those of us who weren’t destroyed got stronger, got calluses on our souls. And now we’re ready to change a system, a system where a white man can destroy a black man with a single word. When we’re through, Momma, there won’t be any niggers anymore.

Thank you seems far too weak a sentiment to compartmentalize such a paramount contribution to the black collective. But nevertheless, thank you Mr. Gregory. We will not forget you, for to do so would be to forget a formidable piece of ourselves.