I would like to begin by saying that I do believe people should stand and place their hands over their heart during the pledge of allegiance and national anthem. That is, if those people are white.

If you are white, America presents opportunity. If you’re black, America proves opportunistic. To stand for the pledge of allegiance or national anthem as a person of African ancestry, is to fall for cultural poisoning implemented by whites to dominate not include the black body.

Teaching black children to sing, stand, or place their hands over their hearts for the Pledge of Allegiance or the Star Spangled Banner, is an accepted means of racial terrorism that teaches students to be patriots to a country who enslaves and murders them in past and present settings.

This topic resurfaces in the current contemporary setting due to NFL player Colin Kaepernick’s decision to kneel during the National Anthem. 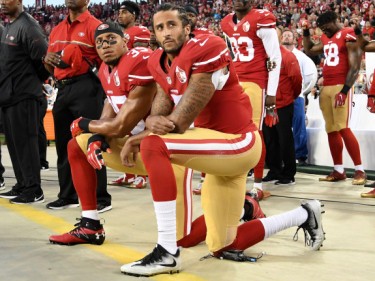 I purposely eschewed discussing Kaepernick for two reasons: to await the outcome, and to see see if his activism would fold under pressure. The outcome of both were highly predictable.

Despite initial silence from his overseers, Kaepenick eventually faced backlash. His overseers. who were not insulted by the actions themselves, rejected Kaepernick at the slave auction due to the traction garnered by his actions. White overseers, also known as team owners and coaches, seek good slaves that prove models to those who watch this sport as a form of escapism and look to NFL players as lives they live vicariously.

The overseers desire players that induce blacks to indulge in self-destructive behavior. For example,  if fans live vicariously though most players, they are marrying out of their race, spending their money frivolously, and branding their bodies with tattoos. 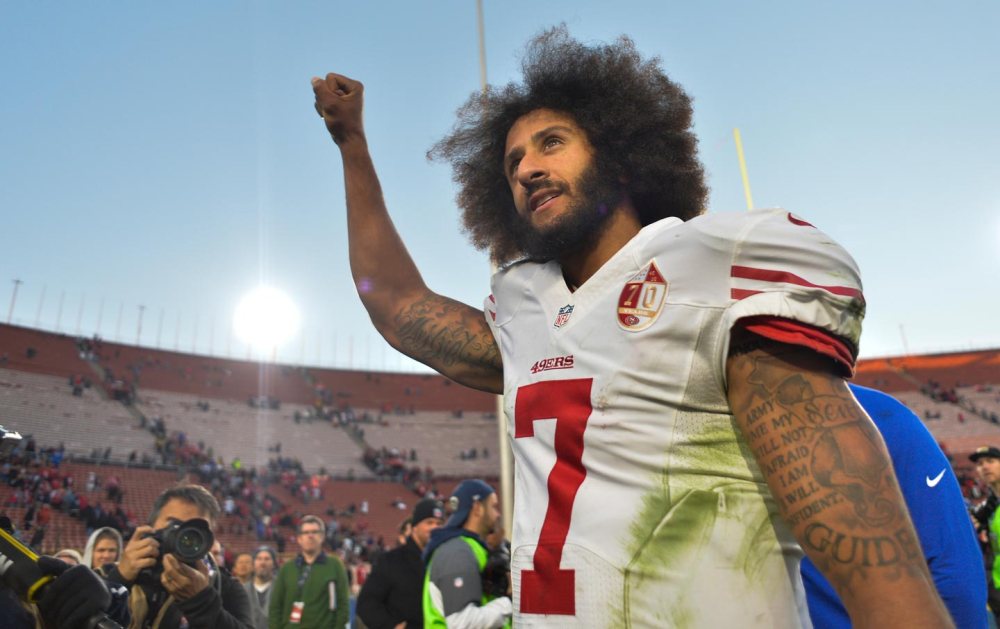 If the masses were to live vicariously through Kaepernick however, perhaps more people would contemplate singing this country’s praises only to walk or drive home in fear of being killed by the police. Perhaps more kids would refuse to sing the anthem at school, and more white collar employees would sit out on the anthem at work functions. To the overseers, it would only be a matter of time before the masses began to contemplate the plantation veiled as a football field. The overseers also understand that Kaepernick’s actions lack depth of a Medgar Evans, Dr. King, Malcolm X, or a Fred Hampton, so Kaepernick lives. The white slave masters however, will attempt to kill Kaepernick’s career–which is what we are seeing now.

Kaepernick’s eventual folding to secure a job was also predictable, as few are willing to  reject the system in its entirety. Those who maybe have a high-paying job, conventionally nice house, or who even function as beautiful/handsome, nice, smart, etc under this system will often perceive this system as only partially terrible. This too is a facet of oppression, as failing to see the system for what it truly is, will only impair the fight for justice. 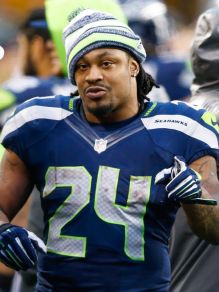 Impaired vision also displaces Kaepernick as the first young man to perform such an action. Marshawn Lynch of the Oakland Raiders has seemingly never acknowledged the national anthem, only recently has he received any traction for said behavior. Unlike Kaepernick, Lynch has refused to speak publicly on his actions–leaving his actions open to interpretation.

Interpretation of course is crucial to decoding conscious behavior. In analyzing this interpretation, Lynch’s actions are pro-black whereas Kaepernick’s actions are sheerly anti-white. Anti-white behavior unlike pro-blackness feeds the white ego bruised as a casualty of pro black behavior and thought.

It is this analysis or interpretation of Kaepernick’s actions that beg the question as to whether Kaepernick’s praise is misplaced. For shouldn’t a true revolutionary not only welcome adversity from his or her oppressors, but regard said adversity as a testament to his excellence? So while I will not discount Kaepernick’s bravery, I do not think it is very fair to say that he is truly brave. Bravery would not have agreed to stand for a contract, as this reveals that while Kaepernick seemed to kneel with the black collective, he was standing alongside his oppressors all along.

Thus, while it warmed my heart to see blacks supporting one another, these demonstration also feel counterproductive. The truth is, if Kaepernick were truly kneeling for American injustice, he would also seek release from his contractual placement on the NFL plantation. Kaepernick’s desire to maintain his placement on this plantation, illustrates his actions as lacking the necessary depth to be anything more than reactionary. 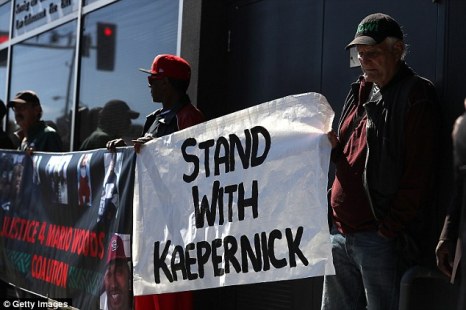 while brave in action, Kaepernick is a slave to western material—unwilling to be morally rich if it compromises actual riches. It is a primary attribute of the oppressed to cling to seemingly having something, without realizing that we have nothing if what we have can be taken away. Material consummates the journey of those seeking to be successful, whereas the intangible consummates the journey of those wishing to be great. Dr. Cornell West, renowned scholar and outspoken cultural critic, makes a prevalent distinction between success and greatness— a distinction overlooked by far to many on an expedition to whiteness. It is this distinction that betrays Kaepernick as wanting to be paid, not prolific. With this being said, Kaepernick is not a hero, but a human who did some good.

Moreover, I like Kaepernick, and I appreciate the conversation ignited by his actions. Regardless of how anyone may feel about Kaepernick, his gesture prompted many to contemplate, even if just for a moment, the patriotic acts performed by blacks to an undeserving country. There are many within the black collective who sing the National Anthem and recite the Pledge of Allegiance, then proclaim to be pro-black. These actions are of course cognitively dissonant, but so is appearing agitated by social injustice yet wishing to remain stock on a plantation. 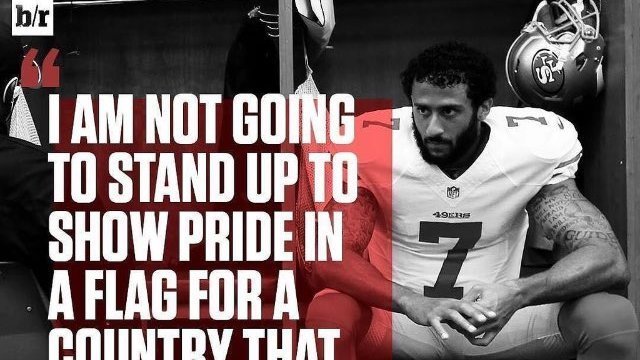 Moreover, while I “like” Kaepernick, I love black people and his good is not good enough to reflect the greatness of his African origins.

In hindsight, even the act of kneeling is “lukewarm” as it is a hybrid of both standing and sitting. Thus, in contemplating Kaepernick it is imperative to note his symbolism. Kaepernick represents the lukewarm activist, who sees that something is wrong so takes a partial stance that he or she eventually abandons in wake of personal conflict. Many dismissed rapper Snoop Dog when he said that he felt Kaepernick could not play football and be an activist at the same time–but the black man was on to something.

Furthermore, to stand with Kaepernick, or any lukewarm activist, is actually a decision to stand alone…