I got into a heated exchange with a faceless Twitter profile who claimed a melanated identity. The exchange stemmed from a tweet I made praising Oakland Raider Marshawn Lynch as a prominent figure of silent protest, to which my adversary proclaimed former NFL player Colin Kaepernick as the face of the silent protest. His reasoning pointed to a white media source where Kaepernick gave a detailed interview of his intentions, conversely Lynch was curt if not dismissive to reporters. My adversary deemed Lynch as acting out of personal not collective interests, deeming him insignificant in wake of Kaepernick’s brave efforts. His comments mirror the ideology of many who praise Kaepernick’s activism and deem him a contemporary revolutionary.

Considering Kaepernick alongside Marshawn Lynch and any other faceless black person who acts without the coverage of Kaepernick begs the question:

Which is most significant: action or image?

Biracials are commonly selected as black leaders because they personify an “acceptable” blackness that is not separate from whiteness. They also function to subconsciously suggest to their black constituency that their black is more beautiful, more intelligent, and more brave if born to a white parent.

I use the word choose to articulate Keepernick’s placement in the contemporary culture  because it’s imperative to note that Kaepernick reflects the choice of the white media. Upon asking Kaepernick why he was kneeling, the media could have left well enough alone, as they did with Marshawn Lynch.  Kaepernick could have also chosen not to given an interview, but his choice aided the white media in designating him a hero to the black collective.

Moreover, whether you like Kaepernick, distrust him, or are indifferent to him, he  reflects white casting for the role of contemporary activist. Although denied a contract, Kaepernick’s omission from the NFL functions to illustrate the son of a white woman as willing to sacrifice everything for the rights of others. This of course is not entirely true, but it is how his image functions in the white media— Kaepernick nailed to the albratross of the Trump Administration, stripped of his job, beaten by conservatives, dying for the sin of mankind–racism.

However, it is remiss to ignore that it was racism that cast Kaepernick as contemporary activist. Lynch was not chosen because he seems to have little desire to entertain whites. Yes he said that he’s “being himself,” but if being yourself leads you to sitting during the national anthem for over decade— Lynch illustrates a genuine love for blackness that even if articulated to the white media would be bludgeoned if not eliminated entirely.

This is not to say that Kaepernick does not have good intentions, or that he does not care about others. This is to say that his intentions matter less than his function. The white media choose Kaepernick out of desire to stage a pseudo revolution controlled by whites–something the white media could not do with Evers, X, King, Hampton, etc–which is why there were murdered.

It is to say that Lynch illustrates those that were “already mad” or at least aware of the injustices that have plagued Blacks for centuries, whereas Kaepernick illustrates the modern “woke”  millennial awakened to the past by present injustice.

Leadership matters, because without considering all the facets of racism, black leaders will function against black people. Case in point: Dr. Martin Luther King Jr. continues to get lighter and lighter every black history month, illustrating the abduction of black heroes by white media.

To reiterate, I am not anti-Kaepernick. I am however pro-black. It is this pro-blackness that makes it mandatory that I mention that neither man is the ideal role model. The intention of this post however is to bring to light the ingredients of leadership which unfortunately involves color. This post also strives to acknowledge the true silent protestor whom does not desire media coverage more than the power of standing by one’s convictions. Mainly, my chief assertion is that Lynch appears to just work for the NFL, not desire the bells and whistles of fame. Though still very much a slave in body, Lynch’s mind appears to possess a form of freedom deprived of most blacks cast along the many plantations of the globe. Moreover, his actions personify what Kaepernick’s words articulate.

Image is important to many, which garners Kaepernick’s appeal. However, to the few who value consistency and action, Lynch embodies the silent strength often overlooked by those seeking what they can manipulate. Lynch’s mystery baffles a world who eschews what they cannot understand, a world who eschews or eliminates those who actions are more resonant than their words.

Many will disagree with the contents of this post, which is anticipated. But as black people it is imperative that we explicate, not follow trends. It is crucial for our survival to examine those handed to us as leaders by a white supremacist world.

In evaluating these leaders, it is imperative that the black collective perceive action and image as one in the same. Image is most often the action of our oppressors, and at the very least reflective of an individual’s mental state. In action, the world has handed the black collective a “hero” who lost his job for civil rights. In image, the white world has handed us a kneeler birthed from a white woman’s womb, whose significant other is a non-black person of color. Thus, although seemingly dedicated in action, his selection of a mate is also an action that is not pro-black which when juxtaposed to the image of Kaerpernick as birthed from a white woman’s womb—unveils Kaepernick as more disconnected than connected to his supposed cause. In “Small Change: The Revolution Will Not Be Tweeted” Malcolm Gladwell references this personal connection as crucial to establishing the strong ties of activism, a fact vindicated by prominent black revolutionaries like Malcolm X, Medgar Evers, Dr. Martin Luther King Jr., Fred Hampton, Assata Shakur, Huey Newton, Elaine Brown, etc.

Biracials lack this personal connection in function, because although not acknowledged 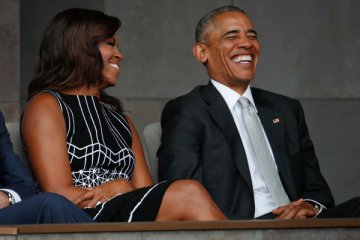 as white, the biracial body works to discount black ability and innate superiority  regardless of intention. Kapernick could very well have used a black significant other to supplement a personal connection like Barack Obama did, but as seen with the former president—this also is not enough to guarantee action that actualizes not symbolizes black elevation.

Nevertheless, in a world that hands the black collective poison in various forms, to break the cycle of mental enslavement blacks must regard everything with scrutiny and avoid singing and dancing on what may very well be the eve of our own demise.