With regard to the Harvey Weinstein “scandal”my perspective deviates from the narrative produced by said exposure. The narrative that encouraged many to come forward with hashtags like #metoo, twists the horror of white male supremacy into a platform for feminism. This was almost as predictable as when Harvey Weinstein became Kevin Spacey, who will eventually give way for another white male predator

before eventually finding its way out of the news and out of the minds of many. One of the many perks of whiteness, is selective amnesia, an amnesia that displaces the white male predator as a temperate figment of popular culture, rather than consistent figure of a global nightmare.

Similar to the countless crime shows that document the white men accused of unthinkable crimes, the general perception of the white man remains virtually unscathed, white masculinity remaining a portrait of superiority and power to most. So, despite the countless women that have come forth, the white male as a sexual deviant and innate criminal remains protected from consequence by laws that veil his evil with virtue, rendering these instances of the white male predator as isolated incidents in which a white patriarchal society can claim equity in this exposure. Thus, these images function to strengthen white male supremacy although conspicuously seeming to challenge it. 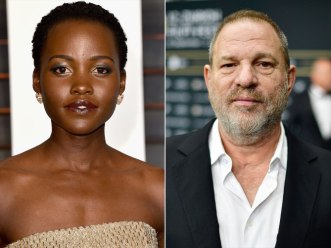 This truth surfaced vaguely when Weinstein was confronted with allegations of sexual misconduct from Academy Award winner Lupito Nyong’o—a beautiful black woman of Kenyan origin. Her entire career, from her role as a slave to a fetishized other of popular culture, illustrates racism as ubiquitous despite contemporary cultures ’s desperate attempts to counter such claims. While virtually unresponsive to countless white women who came forward with similar disturbing stories of sexual misconduct, Weinstein vehemently denied Nyong’o’s allegations.

But what exactly does it mean that a sexual predator deems raping with a black woman beneath him?

It illustrates, that while an irretrievable act of control, rape also functions as a cruel 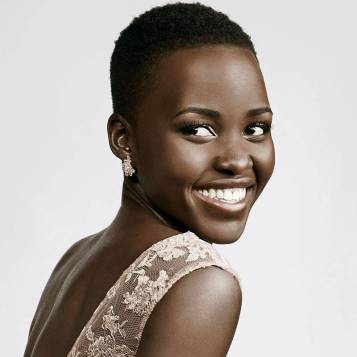 Specifically, rape encompasses the forced penetration of non-male whites, whose pale skin functions as a symbol of virtue. Rape reflects a “forced” sexual act that desecrates white female chastity. Not afforded the modesty allotted to white women, the black female body became a canvas for everything the elusive “woman” was not. Black female scholars like bell hooks to Patricia Hill Collins emphasize black female exclusion from the woman concept— a core component to their scholarly ambitions as black feminists. While appreciative of the contributions yielded by black feminist scholarship, the cavalier displacement of Lupita Nyong’o’s black female body from the sexual abuse narrative, exposes the term black feminist as an oxymoron. Moreover, it is only time that separates the contemporary black female body from the mistreatment of her ancestors and elders who also faced exclusion from the privilege of womanhood.

It is this exclusion from the woman concept and feminist cause that makes it so that white female victims remain able to ignite witchhunts on those who privilege and supremacy they wish to emulate—white males. White female rape bears the significance it does because of black female devaluement. In short, white women lives matter because in a global context, the black female body does not.

The crux of this argument became rather clear to me in a recent encounters with a white male who performed subtle inappropriate act. In disclosing this scenario, I purposely omit mentioning whether these men were one of power and position, as white men need solely to be in a position of masculinity and whiteness to assume their heirloom of supremacy. The gesture was disgusting to me  in the act itself and its symbolism. No one would believe me should I disclose this misconduct, for the same reasons Nyong’o’s testimony functions not to illustrate that white male lust knows no prejudice (because white male lust is inherently prejudiced), but to debunk the white male predator image. Her narrative of Weinstein’s sexual misconduct now functions to make all allegations seem fabricated, because although much of the current population of blacks throughout the diaspora are a product of white male rape of black women, to most this reality is merely a fantasy, a truth so mangled by the oppositional gaze it functions with incredulity. 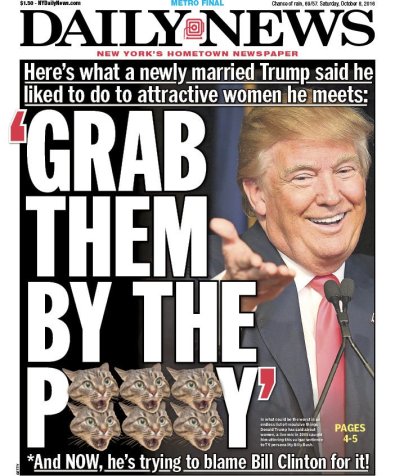 by Donald Trump shortly before the  2016 election, maintains a drastically shorter leash circumscribed in our contemporary setting, but also illustrates a sensationalism which significantly reduces the impact to a numbness–reflecting the essence of white privilege.

In reality, Weinstein, Harvey and all other white men exposed for their behavior are not actually rebuked for their deeds, but for abusing their privilege. Thus, the implication is an acquiesce to white male supremacy implying thats its okay to have this privilege but not okay to abuse it. This ideology is of course a contradiction as to possess white male privilege is to abuse it.

Whether implicitly or explicitly,  so many wish to appropriate white male supremacy under a different title. Thus, very little commentary surrounding these allegations function to challenge the actuality of white male privilege. For this reason, Spacey, Weinstein and all the other white men exposed as sexual deviants function as “bad apples.” The black body—be it male or female, past or present,  illustrates that it is not the apples that are bad, but the tree.