In a nutshell, the Remy Ma/ Nicki Minaj beef is an exploitation of the black female caricature. Specifically, Remy Ma’s rise from prison to the height of pop culture proves that it pays to function against those of your own collective. 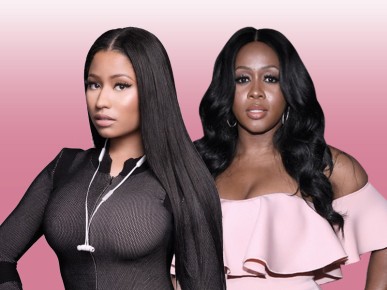 Rapper Remy Ma’s new video “Wake Me Up” features a nostalgic sample of Mary J. Blige’s “I Can Love You,” from the Share My World era. The lyrics are shallow, vulgar, and antagonistic, the song an obvious shot at Queens native, and fellow rapper Nicki Minaj.

While I reference Remy specifically, I want to note that my critique is not anchored in Remy, but illustrated by the rap star. The purpose of the post is to regard Remy symbolically, speaking to black objectification as a casting the black body as a tool in its own systemic dominance. 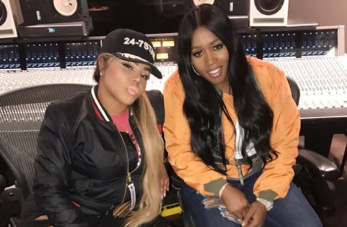 The particulars of this feud are not interesting or important. The significance lies in the symbolism celebrated by many who easily choose sides and celebrate the flashy clothing and long inauthentic locks donned by Kim and Remy Ma as they unite in berating another black woman in a systemically induced battle, where black female bodies battle for a place at the boots of their master. Remy’s “comeback” remains rooted in beckoning for another black woman’s fall, just as many blacks released from prison become informants to yield to fall of their brother to remain in good graces with massa’. Thus, Remy’s rise illustrates that conventional success awaits those who illustrate a caricatured blackness as fact. 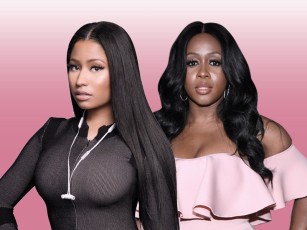 women, are whites. Whites are granted the symbolic victory of a systemically induced black dysfunctionality to which they can and will exploit economically. Specifically, white executives and management companies are able to capitalize on the feuding black bodies casting the limelight on black women who illustrate the presupposed incivility of the black female form.

This distorted reality also blurs the reality that the black female body is utterly irrelevant to her respective caricatures. This fact is perhaps best illustrated in a world where a racially ambiguous Cardi B dominates the charts. Her “music”, to use the term generously, consisting of reality television dialogue exposes the black female caricature as a portrait of oppression and appropriation that signals the inevitable erasure of the black female body from the face of her own caricature.

With her adaptation of black female caricature, Cardi B exhibits blackness in a manner 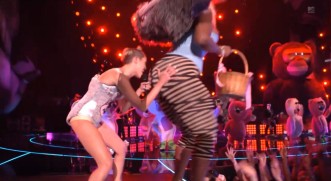 inaccessible to predecessors Lil’ Kim, Foxy Brown, Remy Ma, and Nicki Minaj as black women. Namely, Cardi is both present and absent in the abjection produced in her symbolic function. Just as Miley Cyrus depicted in the 2013 VMAs with a performance were thick black women were used as twerking prop 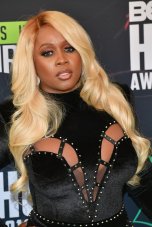 Cardi B depicts the abjection of blackness without actually bearing the burden of blackness like the black female rappers that came before her. Thus, like the short-lived hype of Australian rapper Iggy Azalea, Cardi B dons the mask Nicki Minaj put on to gain her cross-over appeal. A mask Remy Ma cannot wear, but uses as a catalyst to searing comebacks that berate a privilege she too tries to appropriate with blonde weaves and white designer clothing.
Moreover,  Remy and Nicki feud as their racially ambiguous body doubles illustrates black female replaceability and pending erasure, to which their systemically induced hatred blinds both individuals and their constituency. The same dynamic is present in countless other institutionalized settings to which black women are nurtured to antagonize one another in environments where the black female body bears a replaceable presence. 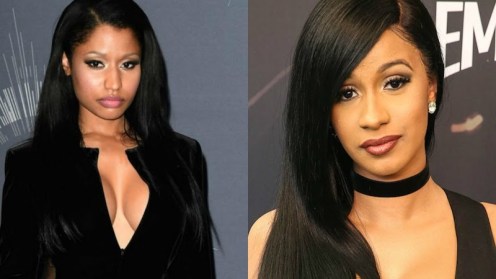 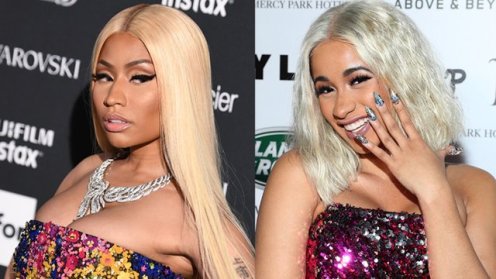 As stated in an earlier post on the subject, I acknowledge that this could be and probably is a rehearsed “beef” derived to illustrate that black people cannot and do not get along, an illustration exploited by white executives for monetary gain. Yet, the “truth” behind this strategic performance is not nearly as important as its function. The feud functions as anti-blackness— ensuring that the black collective remains sleepwalkers in a system of white supremacy. 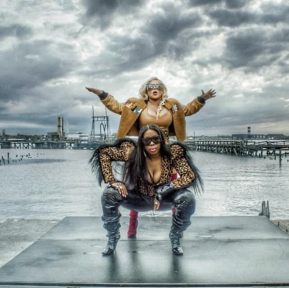 In my effort to produce what Christina Sharpe calls “wake work” in In the Wake:On Blackness and Being, it is imperative to note that my efforts are not to perform the acts that my post vehemently speaks against. Rather, my objective is to expose the contemporary slave as performing against her own—tokenizing white ownership over the contemporary black slave.

A key component to wake work, is an ongoing state of hyper-awareness. This hyper-

awareness is often regarded as pessimism in a world indignant when the oppressed are no longer fooled, entertained, or complacent to their oppression. This hyper-awareness would incite Remy Ma, Nicki Minaj and all the other institutionalized black bodies to make a difference, rather than play a prominent role in ensuring everything remains the same. This hyper-awareness allows those handed a subaltern status to emerge as subject in possessing a heightened understanding of the workings of white supremacy.

In short, if one is truly woke, there is no need to “wake” them, because when the morning comes” those in the wake have been woke.

Popular culture incites the black body to endure a prolonged slumber where blacks literally and figuratively “sleep” on white supremacy, allowing whites to wake up in a world where their fictive superiority continues to function as a reality.