A college friend reached out to me over the recent New York City snowstorm to vent about the new Bruno Mars and Cardi B video. His concern was that the video, starring two racially ambiguous stars, sullied a prevalent portion of black culture–gateway sitcom In Living Color. His assertions are definitively astute– marking a troubling pattern seen in white and racially ambiguous entertainers who appropriate what blacks made great, to further their brand and fester the wound of white supremacy.

I’ll be honest with you, In Living Color was not good for the black collective. The show, like most media platforms, proved a means for blacks to become spectators and gawk at their own disenfranchisement. It also birthed The Wayans, a family that would resurrect caricatures of blackness that function to beat the black mind into mental subjugation years after the physical chains had been cut. Television, like music, sports, etc are deliberate means of escapism, serving a similar function to drugs in issuing the systemically disenfranchised a temperate high

they seek to recreate with each additional use. In Living Color, also placed Bronx born Latina Jennifer Lopez in the spotlight, who like Cardi B and Bruno Mars, gained fame and fortune for her proximity to blackness, but maintained prominence and versatility because she was not black.

Just as Lopez’s assets would be disregarded if she were black, Bruno’s sound would be deemed cliche and generic if he were a black man, Cardi’s “personality,” deemed “charming” and “real” by most consumers would easily be rendered gauche and aligned with the “welfare queen” caricature if she were a black woman. Perhaps most importantly, neither Bruno Mars or Cardi would garner mainstream appeal if black. If black, the perception of their celebrated attributes would circumscribe their appeal,  if not negate their opportunity for visibility all-together. 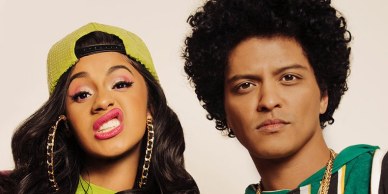 The irony of it all is that Bruno Mars and Cardi B exist in “living color.” They have “color” in the sense that they are not white, but they are not colored with what the white world still regards as the detriment of blackness. Although deviants of what author Alice Walker called the “black black woman” stolen from the shores of Africa, Bruno and Cardi stand on this illusive black black woman in their distant past  to assume a position above blacks but below whites.

Cardi literally stands on Nicki Minaj’s back as an obvious duplicate of Minaj’s caricature.

Cardi B’s resurrection from reality television to the top of popular culture illustrates that the Nicki Minaj image was never intended for the black female body. She illustrates that Nicki Minaj was a test, a test expected to fail. In her conventional success, Minaj now serves a doorstopper to allow the entry of non-black versions of a caricature first seen with lil’ kim, but gradually lightened over the decade that separates the pop/hip-hold meld attempted with Kim and perfected with Minaj. This is not to say that Minaj is in any way better than Kim, but that her lighter skin, finer features and crossover sound assumes a space Kim could not quite master with her brown skin, full features and conventionally “hard” lyrics. Just as Kim became a mark that Minaj was designed to exceed, Nicki now  exists as a mark that the racially ambiguous Minaj must exceed. 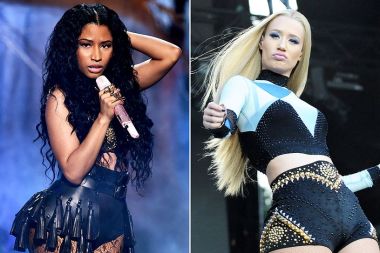 Iggy’s ability to appropriate Nicki’s look, but not her personality could not quite carry the torch of appropriation terrorism. In short, Iggy was largely unlikeable and overtly unrealistic. Yes, Nicki sometimes resembles a candy land character, but she is easily the girl next door, or bad-girl turned good.. Blacks historically mastered code switching as a means of survival,  as a black female caricature, Iggy’s investors could pay for her assets but could not buy this survival technique.

Cardi, however, a Nicki clone, lighter and seemingly more embedded in the “hood”- 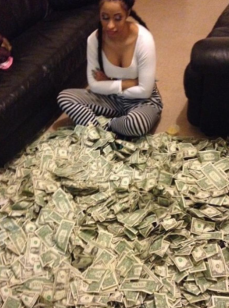 functions as a deliberate means to imply that their are non-black people who incur a “blacker” existence than black people. Cardi B, a former stripper who had to choose whether to eat or strive for an education, functions to declare Hispanics as the new black. Despite her voluntary presence in the United States, the white media functions to illustrate Cardi B, as they do the LBGT community, those of Mexican ancestry and those of Muslim faith– as bearing a subjugation far worse that any black person– deeming the reference groups  more worthy of central placement than black bodies.

This of course is a smokescreen for the reality that the white media is far more comfortable with non-black persons of color than blacks, as their voluntary presence in the blood-stained North American continent, proves a symbolic profit to those who built bridges with the bones of the dead and signed checks in the blood of the murdered and defiled.  For it is far easier to celebrate the conventional “greatness” of those who proved victorious in conjunction with America, rather than those who rose in spite of its evils. 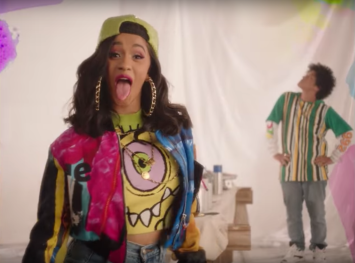 For many exhausted with the 808 sound of contemporary music, it is hard not to like Bruno Mars. It’s hard not to like his doo-wop soul sound that is a reminiscent of a young Frankie Lymon and men who used to sing on trains and street corners. But Frankie Lymon and all the other soul singers like Otis Redding and Sam Cooke who died prematurely and suspiciously, died to make room for Bruno Mars. So while Cardi B exists to illustrate the black experience as detached from black people, Bruno Mars functions as a brown version of Robin Thicke or Justin Timberlake—seeking to illustrate the “soul” or the “black sound” as detached from black people.

Furthermore, images like these depict a reality many are still unwilling to accept– that we as a collective remain under attack. Cardi B, Bruno Mars amongst numerous other racially ambiguous acts forced down the collective throats of black people, illustrate acts and tools of mentacide, or “the deliberate and systematic destruction of a person’s or group’s mind”  as gradually becoming darker and darker, unveiling our most lethal adversaries as literally “in living color.”