There is a melody I hear in my mind. It is a soulful fusion of voice and music, where a tenor is the music and the music is the voice. This melody is none other that the value of the late Sam Cooke— a man who sang as he lived—with soul.

Sam Cooke, often credited with the invention of soul music, remains a musical icon that, in life and death, has influenced many singers. With impeccable song-writing skills, and a ethereal tenor, Sam Cooke is an unforgettable artist—however, what is perhaps most remarkable is how he pronounces certain words and phrases.

This pronunciation is as resonant as it is because it reflects someone who did not forget his origins. Most significantly, his speech represents “soul speech” or engulfing an oppressive language in the innate African-ness that runs through the veins of its long lost children.

In honor of what would have been his 87th birthday, I have highlighting some of my favorite Sam Cooke songs and the word or phrase that is most resonant in delivery. 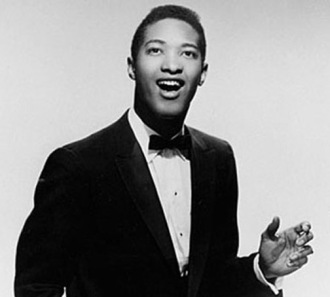 This song is meaningful not just for the vocal quality, but because it humanizes those itemized in slave-like labor. Sam also gives a soulful transformation to the word “meanwhile” that trails in your mind long after the song’s last note.

Nothing Can Change This Love

This song is a beautiful melodic portrait of unconditional love. The way Cooke pronounces the word “go” is in a manner that only a black person could perform.

This might be my favorite Sam Cooke song, for its witty yet simply lyrics. The most resounding portion of the song is perhaps how Cooke starts the tune. Cooke begins the song with the phrase: “I’ve got a rocking chair that rocks…” a phrase that echoes in your mind years after hearing it. The lyric in delivery and content, exhibits Cooke’s talent and why he simply one of the best to ever do it!

Arguably, Cooke’s more memorable and socially reproduced song, “A Change Gon’ Come” is a chilling anthem of the civil rights movement and a ballad of blacks seeking to rise despite the detriment of anti-blackness. To listen to this song, is to listen to the heart of a black man pump, to hear the blood run through his veins, to hear one’s soul glide over a melody. The song is a difficult listen as it addresses the very deeds that would end his life and attempt to stain the memory of he who not only sang, but lived. The lyric: “and just like the river I’ve been running ever since” to me illustrates both the immortality of blackness and the ever–present struggle that runs under and through the 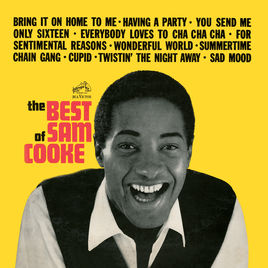 black diaspora. But as he sings:

Then I go to my brother

and say help me please

but he winds up knockin’ me

back down on my knees

I can’t help but see Sam Cooke prodigy Bobby Womack–a man who Cooke pulled onto the illusive mountaintop beside him– wearing in Sam Cooke’s clothes at Cooke’s funeral, and marrying Cooke’s wife Barbara three months after Cooke’s murder.  This component of Sam Cooke’s story is an important one for every member of the black collective–every skin-folk ain’t kinfolk. The selection of allies, or “friends,” for blacks seeking to overcome blackness needs to remain deliberate and monitored.  Sam did say the key to success is “observation,” and I could not agree more.

(Somebody) Ease My Troublin’ Mind

Like A “Change Gon’ Come,” “(Somebody) Ease my Troublin’ Mind” displays what late scholar W.E.B. Dubois entitled his well known book of essays “The Soul of Black Folk.” The song, in voice and melody captures how the stresses of how racism feel inside the mind of a black person. Yet, somehow the song is not depressing, but uplifting. Upon hearing this song for the first time, I felt understood. I felt as though I were not alone, and that I was holding hands with someone across mortality. This process takes place most notably as Sam sings the word “somebody,” as his delivery makes the listener, whether privileged enough to occupy the same earth as he or not, feel as though this “somebody” is them.

“Before I hang up the phone she’s sitting beside me with a cup of coffee in her hand. (Give me that coffee)’” and that hum at the end of the song is sheer perfection—illustrating that soul need not be ejected for pop-like tunes. 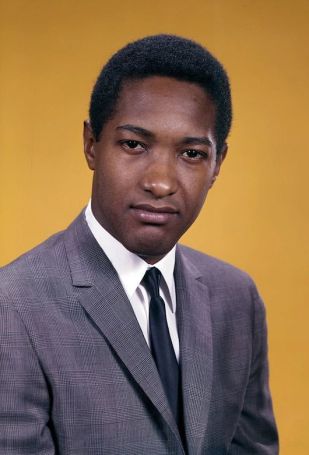 Sam Cooke was remarkable not only for his talent, charm, or good-looks, but for his investment in using his acquired place in music to engender black talent. A student of the industry, Cooke evolved from label employee to authoring and owning his own music.

While a heart-throb, such a label seems an insult to the magnitude of his contribution. Despite the deliberate actions of white supremacists to taint the legacy of a man who had it all, Sam Cook is a pillar in black memory.  Same Cooke, a man who embraced his natural hair before it became popular in the 1970’s used style to make a statement, rather them embody a moniker of assimilation. Furthermore, Sam Cooke’s legacy is easily timeless—his music exuding both raw talent and curated skill, thereby illustrating the height of black ability. 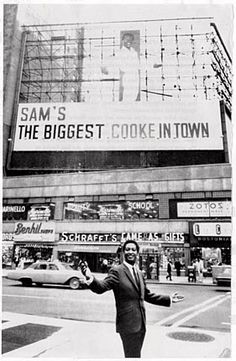 Sam is a treasure of the black collective because he possessed what could not be bought, and what has not and cannot be duplicated. That’s why after all these years, he’s still the best “cooke” in town.

Mr. Cooke,  thank you for teaching me about community and cooperative economics. Namely, that platform is only significant with purpose.

I hope that when my time is up, I will be fortunate enough to stand at the illusive gates and hear you sing. Happy Birthday King Cooke!

May you rest in the same peace your voice gives me.