Jumping on the bandwagon of the #metoo movement is the latest installment of Oceans 8. The film features an all female cast starring Sandra Bullock, Cate Blanchett, Anne Hathaway, and Sarah Paulson. The film symbolically represents a so called diverse wave of feminism that includes the black woman and woman of color, a quota filled by Mindy Kaling, and Awkwafina as non-black women of color, and Rihanna as the token black female. What the women have in common is a so-called criminality, an attribute that each character supposedly exudes in vastly different scales. 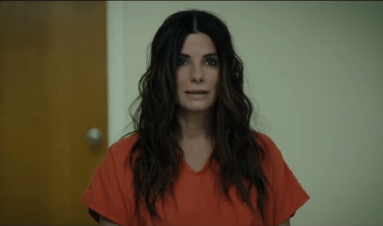 The film opens with Bullock’s rehearsed parole speech that precedes a shoplifting spee, gifting her with the luxuries afforded by the lie of white female honorability.  The audience found this display of white female privilege hilarious. It is her white female privilege that allows her to steal without suspicion, and allows her to manipulate a system designed specifically for her success. The film, much like the society that encase it, implies that people like Debbie Oceans (Sandra Bullock), don’t steal. They are stolen from.

The catalyst for the heist that anchors the film, is white female retaliation against the white man. Or as depicted in this film, a single white man. Oceans is incarcerated after the man she is seeing exchanges her freedom for his own. So she brings in an all girl team to take him down. Yes, each participant will walk away from the heist with millions of dollars, but Oceans will have the biggest victory of all. This victory is overtly revenge, but covertly the centrality imbued in this “feat”.

The motifs of this film correspond directly to Caitlin Flanagan’s article The Humiliation of Aziz Ansari. In this article, Flanagan speaks directly to the “danger” of white female retaliation. Ansari, Bill Cosby, Russell Simmons, amongst others, are the casualties of white female retaliation. Reeled in by white female ambition, the white woman wins at all angles. Either you fulfill her immediate desire, or become her prey. Debbie Oceans sought a benefit from her initial relationship with the man who framed her, and was able to capitalize on her setback. She, the white female is dangerous because as a master deceiver she occupies multiple positions. She is a villain who can claim victory as a victim. She is the two-headed dragon created in the fluidity of white male supremacy.

In the film, this fluidity is largely symbolized by the jewels. Jewels, particularly diamonds, are the material focus of the heist. These jewels symbolize testicles or “balls,” depicting the white female body as abducting tokens of masculinity to appoint her own supremacy. This is an important depiction for black women, as while white women are depicting as acquiring these balls, the black female role is purely pleasure…if you get my drift. The white female body accrues this token of masculinity to screw others. Whereas the black female body is ultimately screwed.

This is most evident in the use of black bodies as props. Over the ninety minutes of the 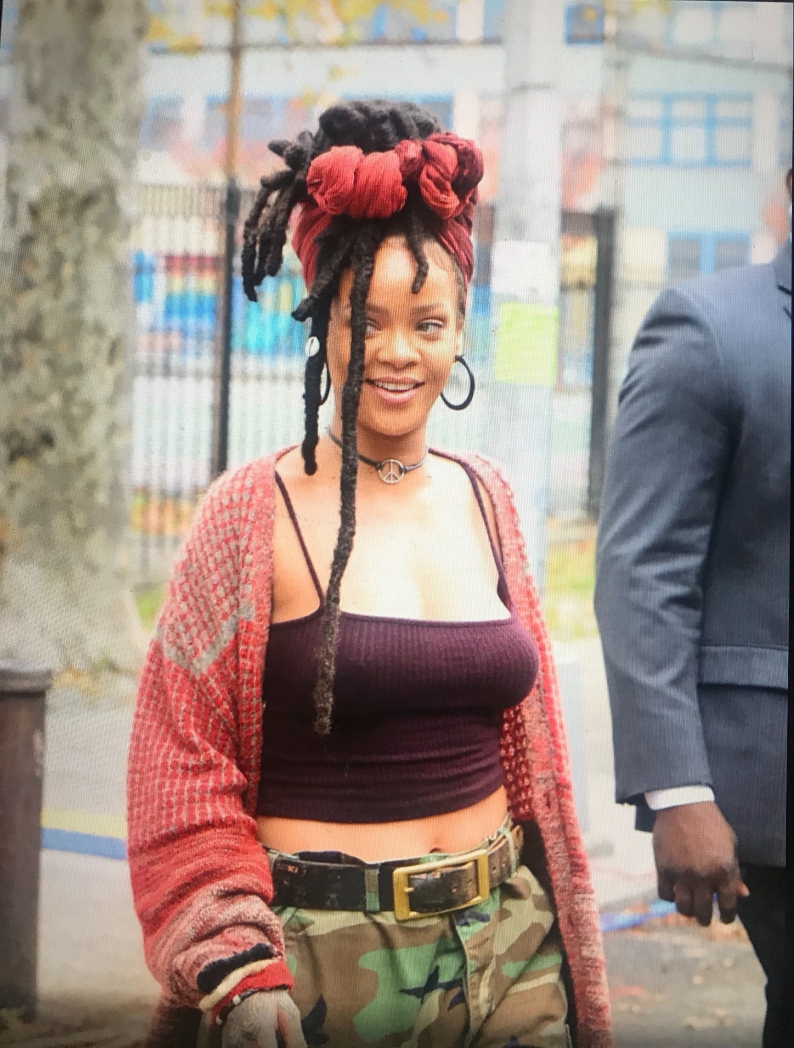 film, there are a number of black bodies occupying the background in a film dominated by white bodies. Rihanna’s role is supplementary, as she is merely the “eyes.” Rihanna plays “Leslie” or “Nine ball” a talented hacker. Nine ball coerces entry into spaces that fail to see her. As a hacker she sees, but is not seen—reserving a power similar to her oppressors. This positioning could very well be revolutionary,  but Nine Ball uses her positionality to aid rather than overcome these oppressive forces.

This depiction poses a significant query to the black viewer. What if we used our talents specifically for our people? What if the high paid field-hands of the NBA trained and used their power to protect the black collective? What if their skill was used against our collective enemy and not for their continued benefit and entertainment? What if geniuses, be it creative or scholarly, used their work ethic and intellectual agility not to decorate the halls of the ivory tower with their tokenized presence, but to create hallways and entry points strictly for the elevation of their people?

In contemplating these queries, it imperative for me to assert that I have zero interest in this film. This post is an effort to meet my black female counterpart where they are, as unfortunately too many black women are alongside white and non-black women who could not care less about them. The dynamics in Oceans 8, while fictionalized are hardly fiction. These dynamics mirror our past and predict a post #metoo future, should the black female body remain in the stupor of side-kick, and not rise to her intended level. 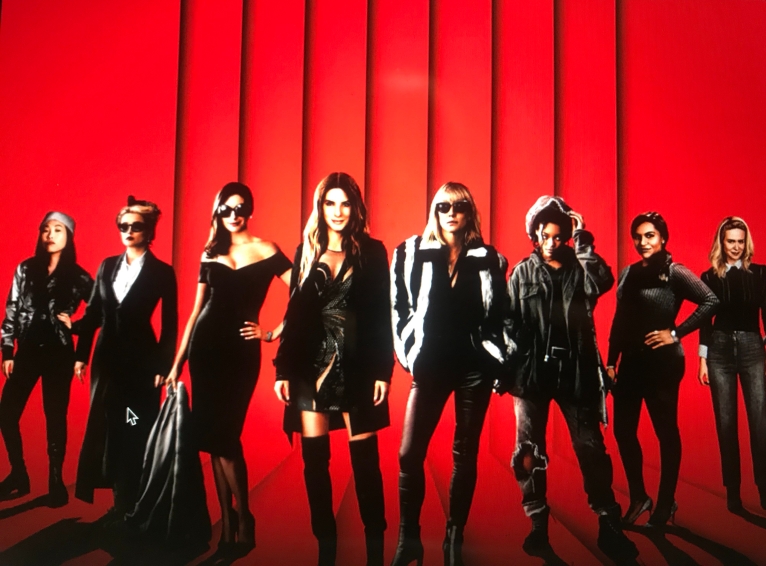 In closing, Ocean’s Eight provides new insight to “oceans.” Oceans for Debbie Oceans and the white family symbolizes a lineage of deception and chicanery. Oceans for them are simply a means to the other side. Oceans for the black body are reminiscent of the middle passage. We cannot sail beside white women without steering over the mutilated bodies of our mothers, fathers, and children.Oceans either drowned the black body in a consummated plight to escape, or forced the black body to look up at a sky that matched the shade of our oppressor’s eyes. For if we look down, we see all that should have been up, the blood shed and bodies broken to ensure, as this film shows us, that the white woman wins in the end.