They laugh and smile with one another as the melanated faces mistake anti-black attitudes as kindness. I can’t laugh though, my face frozen in seeing what others do not, or simply will not acknowledge.

They are telling me the benefits of teaching my narrative. They teach me the socially acceptable way to intertwine blackness in the canonical genre of my discipline. This is the violence they don’t talk about. How the systemic asphyxiation of the so-called elite grabs you by the hair and holds your head underwater. They let you up for air only in hopes that you suffocate a little more intensely the next time, your gargling a soft chortle beneath the laughs and confident speech of the oppressive faction. 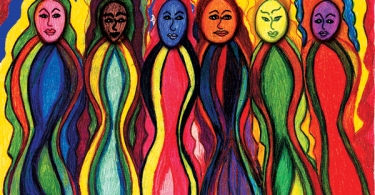 The corpses flatten the bubbles of my distress. These corpses regarded as ideal by colonizers who call themselves a mirage of creative names that veil their socially accepted cruelty. These names veil their evils like cologne veils an unpleasant odor.   This stench does not stop them from patting themselves on the back for how well they taught The Other Wes Moore, Between the World and Me, and other texts that speak of what they can never understand.

shucking and jiving for those who drink black blood like smoothies. I am constantly frozen in the conscious stupor of wanting to use my positionality to educate, but also realizing what I say and suggest can and will be used against my collective.

By this I mean that if I suggest a novel, poem or short story by an under-represented black author, I risk making it so that another black body has to feel how I feel. That they have to be taught how to feel about their narrative by  he or she who’ll win accolades and earn a comfortable salary for including colored folks. By those lauded for bringing in the bodies they stepped on and down right butchered, to stand where they stand. I can’t do that to the illusive black freshman unfortunate enough to get these people as an instructor, paid to turn their naivety and thirst for life into a functional inferiority. I won’t do it to myself either. I won’t receive tips from those who exploit my collective story. From those who use black artists like decoration on a tree where black bodies hang off branches. 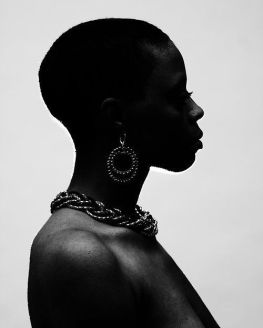 Instead I will sit in a ring of fire. I’ll sit perched with pursed lips amidst flames cast by what the world calls black girl rage. They’ll forget that I’m there but whisper later about my indignant “attitude.” Though few will have the nerve to say it, I’ll be regarded as a bitch, everyone overlooking the vast ways in which every institution on the globe treats black bodies like bitches, like female dogs tied to a post and forcibly penetrated to ensure she literally the bears the burden of bondange. The insincere queries that are sure to follow will wonder what’s “wrong” with me, refusing to even consider that there was something wrong with the environment as a whole. None of the other darkies complained, so let’s cast this one overboard before she convinces the others that this is a slave ship and not a cruise, that this is a plank not a position.

While they do this, I’ll count the seconds until we are relieved. I will see visions of a black past and seek council from those killed yesterday for my tomorrow. I will fantasize about walking out until I cross the threshold when the time comes.

“Where to?” I ask myself as I walk as fast as I can in heels.

“Up” I say as I realize that what I idealized for years never was. That my entire climb upward was actually a slide downward into a pit of anti-blackness called success.