What I find both fascinating and terrifying about contemporary culture is its use of intersectionality with regard to blackness. For clarity, I use the term “intersectionality” to represent the literal intersections such as ethnicity, gender, and sexual orientation to which blackness is juxtaposed. 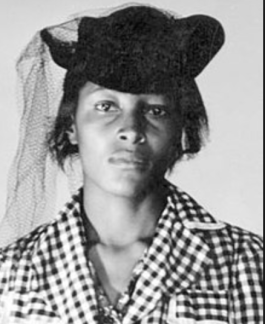 those who assume less than a cisgender white male, but more than a member of the black collective. The honorary oppressed are far more acknowledged in the white media and have quickly become the necessary companion to black abjection. We’ve seen this with Recy Taylor who despite being a black woman savagely gang-raped by white men in the 1940s, posthumously became the face of a “woman’s” movement.

Similarly, a few years ago, amidst the tragic shooting at a gay night club, the media reported that the assailant “freed the blacks.” This seemingly innocuous detail highlights the deliberate steps taken to make black people appear a privileged minority compared to the honorary oppressed. The contemporary climate employs intersectionality in a sinister plot to deceive the world to believe that black injustice is a thing of the past. To the deceived eye, Empire star Jussie Smollet’s highly publicized brawl appears to actualize black terrorism. Smollet’s attack however,  as portrayed by the media, illustrates modern mastery in the art of deception. The deception of white hegemony employs intersectional agents to seemingly represent the under-represented. In reality, these agents represent the paradigm of white supremacy and nothing more. Thus, the issue with figures like Jussie Smollet is that they imply a linearity between antithetical modes of suffering. Smollet as intersectional agent makes it so that gay whites and non-black persons of color can attest to a shared struggle with the black collective. This struggle is thereby detached from historic examples like Jesse Washington and Claude Neale and contemporary examples like Trayvon Martin and even Chikesia Clemons, often simply referenced as the “black woman” involved in a struggle at the Waffle House. Washington, Neale, Martin, and Clemons illustrate those exteriorized by white supremacy because of their blackness, an incomparable experience reduced in alignment with intersectionality.

In reality, the media only appears to care about Jussie for two reasons. First, 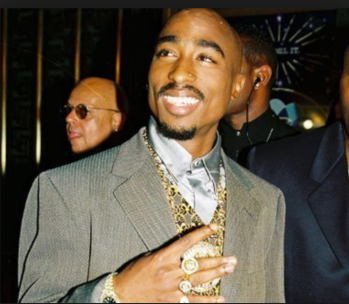 because he’s famous and secondly, and most importantly, Jussie is an intersectional agent. Smollet proclaimed his intersectionality by referring to himself as the “gay Tupac” at a performance following his attack. I assume this self-proclaimed status references Smollet’s merging of “activism” and celebrity status. However, this proclamation does more than depict Smollet as resuming Tupac’s legacy. With this proclamation, Smollet intersectionalizes Tupac. This intersectionalizing of an outspoken black male celebrity, also seen in the recent movie The Hate You Give (but that’s another post), proves that Tupac’s posthumous presence must be dismembered in order to prove worthy of contemporary consumption.

To be black is to be intersectional. Blackness literally lies at the interactions of races, life and death, human and animal, and man and woman. Whether gay, trans, female, disabled, or what have you, blackness remains central to global abjection. This statement is easily supported in a quick examination of each intersectional faction in acknowledgment of the attributes shared by those placed at the bottom of said faction. Black people of the LGBTQ community, Black women, physically black persons of color, and disabled blacks remain disenfranchised by their blackness.  To partner with those who may share a fraction of your experience as a black person is to acquiesce to fractional justice. Yet, for an antiblack climate, the black struggle remains too boring, too limiting, to exposing for a world more interested and committed to performing and inciting change than actualizing an alternative to white hegemony.

Had Jussie never come out on the Ellen show (of all places), his fame would not be enough to garner him attention or empathy from the American public. Just a few years ago, amidst the early fame of Fox’s Empire, Smollet’s Empire costar Taraji P. Henson rescinded comments about her own son’s experience with racial injustice. It is likely Henson withdrew her commentary due to the pressure of maintaining an “American” enough presence to ensure that her sapphire-like status remains detached enough from consciousness to prove lucrative. Thus, had Smollet not come out as gay, pledging allegiance to Ellen and the LGBT platform, his experience of black male terrorism, like that of Taraji’s son, would be a non-topic in white media. As a non-intersectional black person Jussie’s actions would easily be attributed to “playing the race card.” His efforts would be seen as burdensome and belittled to the status of “complaint.”

Intersectionality, in addition to the increasing focus on persons of color, have

functioned not to expose ignored oppression but to further deter from what needs to change in order to truly disrupt the racial paradigm. Whiteness easily interacts with intersectional attributes such as gender and sexuality. Additionally, whiteness intersects with non-black persons of color as they often function as white mimic man in the acquisition of education and other superficial attributes. Thus, to showcase/highlight the oppression faced by the non-black persons of color or intersectional agents is to centralize whiteness as the alterity faced by these groups. This, of course, does not trouble the system of white supremacy enough for change. Jussie, as an intersectional agent, can occupy victim status as his intersectionality and celebrity dismember his being to ensure that the aftermath of this exposure is as empty as the symbolism imbued.

So, while Jussie’s safety as a black man in America remains a concern, this concern reflects a larger concern about black people exposed to the violence of inclusionary abjection. Situations like the Jussie Smollet scenario delineate white supremacy as continuing on its quest for immortality. This quest remains enabled by ensuring the blood of its irreversible target remains spilled. We, the black collective are this unmoving target, seduced to stand still as the “honorary” oppressed fight for their chance to join those of the majority in black oppression.