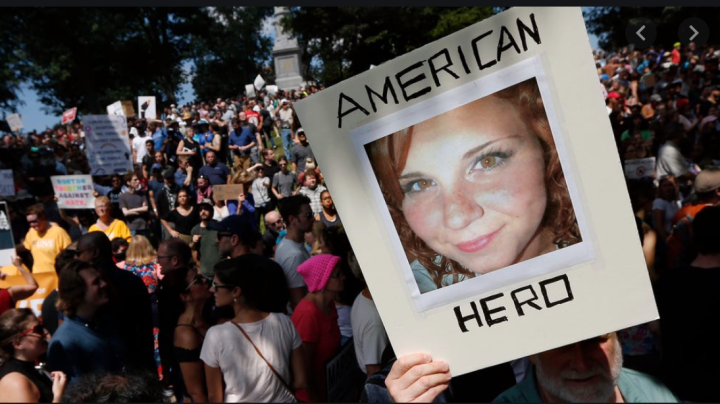 Almost four years ago, white models in Marc Jacob’s Fashion show donned dreadlocks. One of my former students employed this example as part of a presentation asserting that the Jacobs show performed an appreciation for black culture.

On the performance component, my student and I could not agree more.

I think back to this moment now as an Africanist presence, notably, the black plight toward liberation actualizes globalized ornamental status. The contemporary moment encompasses two dimensions in the violent performance that it yields. The first and foundational layer is a deflection, the second, which masterfully veils the former, is a global fad disguised as a universal effort to abolish white supremacy. This activity, while vindicating to those seeking white acceptance, to those who understand the unique violence at play, this performance incites an unparalleled pain.

This pain stems from properly conceptualizing the contemporary moment for what it is: a mockery.

This mockery perhaps becomes most evident in the single white females casted as martyrs in the heat of protests and racial uplift. In 2018, black director Spike Lee dedicated his racially charged film Black Kkklansman to Heather Heyer, a white woman murdered in the Charlottesville protests earlier that summer. This year’s protests yield a similar performance with Summer Taylor, a young white woman whose portrait will function now as Heyer’s did then—as the image of the contemporary freedom fighter. Taken together, Heyer and Taylor illuminate that despite the heat of anti-black discrimination, a white girl summer persists.

Here, I feel compelled to address a counter-argument that I am sure in this instance is also a common argument. This common argument is that these white women died because they believed my black life mattered. To this, I say this highlighted death amidst the mountains of black bodies that died for jogging, breathing, or simply existing, projects all lives matteras behind the veil of the contemporary chant: black lives matter.

To elucidate my point, I would like to examine the women’s movement and the black male “right” to vote. The contemporary women’s movement employs women of color to perform white female objectives. Despite the varying colors, white women continue to employ black women as stairs in which they walk over to actualize their goals. Similarly, legalizing black male suffrage functioned only to actualize white male Republican objectives.

BLM, as an integrated social group, illuminates infiltration as inciting an “all lives” objective that appropriates blackness as the means or methodology by which whites engender the next wave of white supremacy. Black people seeking to bring about black power in an American context, or as a global pursuit, would consitute terrorism; however, the current moment elucidates that terrorism for the black collective assumes its apex when the forces of white hegemony reach for the hands of the oppressed.

In her book Dreams for Dead Bodies, M. Michelle Robinson cites interracial sociability as an undercurrent in early American literature. It is imperative to note here that Robinson departs from interracial’s conventional use. Instead, Robinson defined “interracial” as speaking to the “character of a social place”(6). Employing her terminology, I enlist interracial to speak to the character of a social moment. Moreover, the BLM movement displays a similar fixation to what Robinson posits as an undercurrent in early American literature. To uphold young white women as martyrs, or fallen angels upholds the ideology that blacks need a white savior to levitate from the hells of hegemony. Years from now, history will place the “white female martyr” alongside Trayvon Martin, Mike Brown, and Sandra Bland, a placement that distorts a glaring reality. Martin, Brown, and Bland, amidst a sea of other slain black bodies, illuminate a fate that could easily be a reality for any black person at any given moment. The same cannot be said for Heyer and Taylor. So while Heyer and Taylor’s deaths will certainly function similarly to John Brown or Viola Liuzzo, as points of reference, or bragging points, for racists to counter anti-black racism, the white woman as a lauded casualty celebrated for her countribution, deflects from black sacrifice as an integral component to black life and liberty. So as the media shines the light on whites publically defacing BLM murals, the black collective must note that this white female martyrdom performs an identical function, albeit in a more sinister manner. Disturbingly, this deflection casts blacks as mascots in their struggle.

To consider black people as mascots, to employ the late Malcolm X’s use of the term, is to encounter another essential layer to the contemporary violence embedded in the Black Lives Matter movement. My counter-racism colleague Black Empowerment, enlightened me to how whites publicly speak to one another. It is imperative to note that this intra-racial speech that occurs within interracial spaces frequently occurs within overtly universal messages. Particularly, the images of white women as martyrs in social moments communicates an unwavering centrality to the white hegemonic forces that protestors supposedly oppose.

Emmett Till. Medgar Evers. Malcolm X. Dr. Martin Luther King Jr. Dr. Amos Wilson. Dr. Bobby Wright. Just some of the assassinations and mysterious deaths that decorate the black effort to overcome anti-black terrorism. Black death resurrects the departed as a deity— a status that too often fails to manifest in life. This deity status, however, does virtually nothing to systemically or socially elevate the black collective. The martyred white women yields an antithetical affect to their collective.

In 2018, Heyer’s martyrdom countered the jury of white mothers who neglected to convict George Zimmerman for murdering Trayvon Martin. In 2020, Taylor’s death functions in juxtaposition to the murderous Karens captured on countless personal recording devices. The news is a present-day history book, and this narrative maintains its power through framing stories, but also in presenting a balance in the white presentation. Particularly, while the villain and the hero may seem formulaic for films, this dynamic remains purposeful in history. Karen, in all her manifestations, and the white female martyr, portray an essential pairing in the contemporized white narrative veiled as a global plight toward black rights.

This cruel mockery, where the white face of the world wears a black mask, where the heat of black life continues to yield a white girl summer that foreshadows yet another season of white supremacy, proves cautionary to the serpent behind the picket sign and the deliberate, but devilish anti-black storyteller.