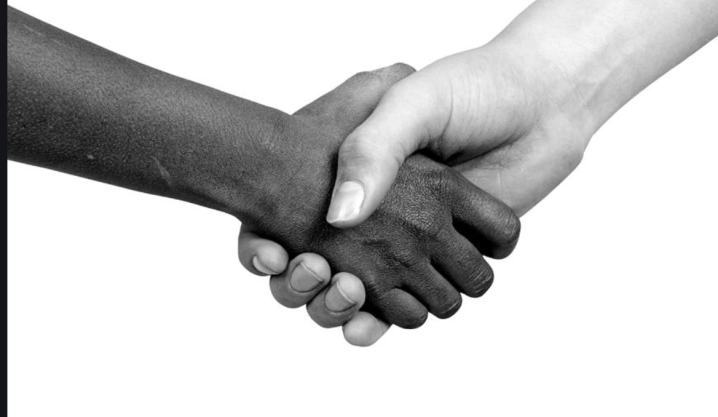 I read a post last week that stated an implicit motive to the seemingly pervasive desire to usurp Trump. The post stated that many wished to dethrone Trump in hopes of returning to a time where just black people were oppressed. Though Trump betrays white supremacy as a toxin that hurts everyone, for those espoused to the praxis of white supremacy as manifesto, his image personifies the apex of anti-blackness. Thus, the Trump visual is enough to satiate a white supremacist appetite. To consider those on a journey to remove Trump as perceiving suffering as an exclusively black experience, is not at all surprising considering the antiblackness built into the soil and air that encompassed the globe. This does, however, cast a new gaze onto the contemporary moment.

While I do not depart from my earlier contention that integrated protests reflect an organized mean to debilitate black power, I contend that black lives matter as a universalized plight reflects a choral response to blackness as a universalized experience. Blackness is, of course, not universal, but given that the pervasive belief is that systemic disfavor is for the Africans in America, it seems that the African-Adjacent protesters who chant “ black lives matter,” and appear to “Speak out,” do not do so out of altruism but out of inclusiveness.

I bring this up to say that for many, black folks “mattering” remains rooted in reparations.

This discussions often engenders conflict between the African in American and their migrant brethren, but the true contention is with the African-adjacent who, with the western effort to Americanize the Africanist presence, will undoubtedly claim stake in the reparation’s pot. It is imperative  to note that an integrationist agenda does not prioritize the needs or interests of marginal or peripheral culture; rather, an integrationist agenda employs peripheral interest or need as yet another path to prioritizing the needs of the center. Furthermore, while we fight each other, our adversaries play intra-culture tension to maintain America’s hegemonic hierarchy.