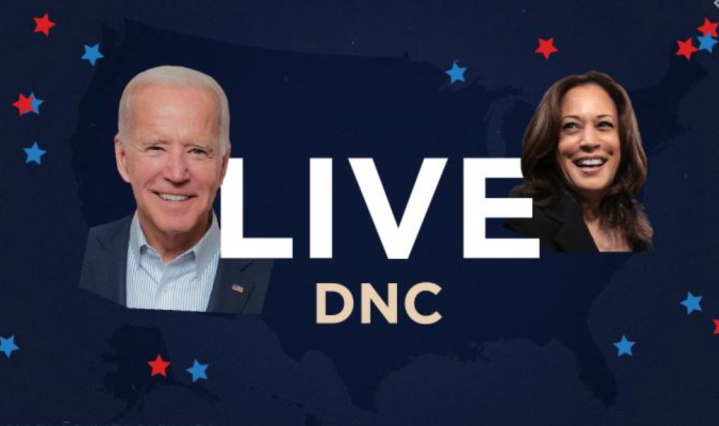 Social media enabled the “ordinary” person to live like a celebrity. By this, I mean that social media provided a platform where regular people could conduct their lives how they’d like others to see it. This praxis denotes the essence of politics that should seemingly illuminate insincerity, yet, the incorporation of social media into societal normalcy has seemingly made fake the new real. The DNC, the reaction it engendered, illuminated a national vestment in performance. In America, optics are everything and substance is a matter of circumstance and interpretaion shaped by a racist media.

For four evenings, the black community watched a sea of faces speak words antithetical to the actions implemented by the political roles each speaker either held in the past or currently holds. From former NYC Mayor Michael Bloomberg to Former President Barack Obama, the government has consistently sought to drown the dark race despite who was driving the ship. Yet, what mattered was they spoke words that looked good given the present situation. What mattered was that everyone called out Donald Trump for enforcing the very injustices that enabled, and continues to enable, their relevance. What mattered was that  Vice President nominee Kamala Harris spoke about “structural racism,” not that that she built a career upholding this evil veiled so eloquently. It mattered that everyone appeared to take a stance against Donald Trump, not that, aside from opposing the current commander-in-chief, there really didn’t seem to be much standing for anything.

In fact, the entire convention, decorated with celebrity hosts and musical guests, encompassed a performance mastery geared toward making a public plagued with two pandemics fall for the farce of democracy.

Democracy, of course, works under the premise that the majority rules, and the majoral interest in America has always and continues to be white.

To this point, the present election plays on optics to change the narrative of this country while maintaining its anti-black roots.

A theme that permeated the convention was immigration. Though immigration is certainly not a new issue, it has garnered significant traction in the last few years with Donald Trump’s vow to build a wall to ward off “illegal” entry into the country. I place the world illegal in quotations because much of the contemporary efforts to valorize immigration only appears to vindicate migrants of color. This immigration narrative works to mollify “illegal” past acts where white ”settlers” abducted land  then abducted the people who would make it into a nation.

The DNC seemed mounted in the contemporary phrase, echoed by Joe Biden and his supporters: “immigrants built this country.” This statement not only ignores the enslaved African’s contribution, but it suggests that the thieves that stole this country are not kidnappers and robbers, but immigrants. This is important to consider as the optics aligned with this statement posit an inclusivity engendered to foment the white savior narrative. In America, all roads lead to white supremacy, and, as delineated by the appearances and speeches by Cory Booker, Barack and Michelle Obama, Hilary Clinton, Tammy Ducksworth, Michael Bloomberg, amongst others, is that this is a path paved in all colors.

Yet, perhaps the most resonant line of all four evenings came from Vice President hopeful Kamala Harris. When she said: “I know a predator when I see one.”

The irony is, of course, that the entire convention proved a platform of predatory performance rooted in content that was easy on the eyes, heavy on the heart, but light on the mind. For if you think too much in this world, these politicians, actors, and musicians appear interchangeable in their role to deflect and engender a dangerous hope in white hegemony.